John Joseph and Harley Flanagan will each lead the separate outfits 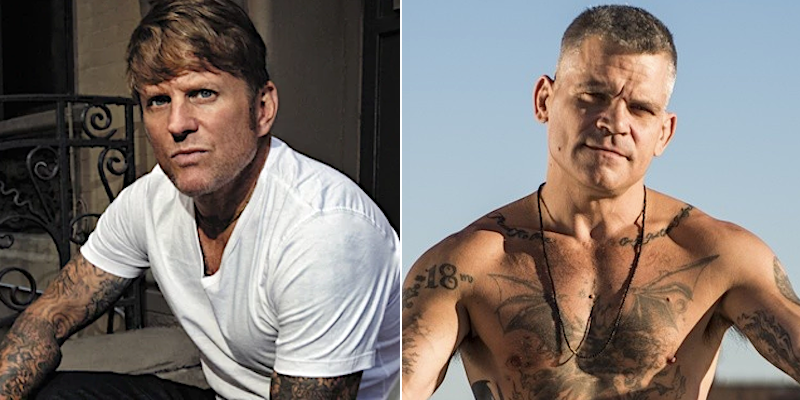 You’ll have to make sure you pay close attention the next time you go see hardcore punk veterans Cro-Mags, as there are now two incarnations of the band — thanks to a new legal settlement between classic band members.

One version of the band, who’ve been touring as Cro-Mags, will now go by Cro-Mags JM and feature singer John Joseph, Mackie Jayson, A.J. Novello and Craig Setari. Another incarnation of the band will simply be known as Cro-Mags, and be led by bassist Harley Flanagan, who had sued Joseph and Jayson over the rights to the name.

“As all of our loyal fans and supporters know, John Joseph, Mackie Jayson, A.J. Novello and Craig Setari have been performing as the ‘Cro-Mags’ for many years. Due to recent litigation involving Harley Flanagan, John Joseph and Mackie Jayson, we have all agreed that for the benefit of our fans and supporters we want to make sure that everyone knows who it is they are coming out to see.

Therefore we have reached a settlement designed to avoid any further confusion. The lead singer and drummer on Age of Quarrel, John & Mackie, along with A.J. and Craig, going forward will perform under the name CRO-MAGS ‘JM’ which we have a legal right to use. The ‘JM’ stands for John/Mackie. Of course, we need some time to make this change.

There will be a three month transition where our shows may still be advertised as Cro-Mags and Harley will also be performing as Cro-Mags. During this transition period, to confirm which band you want to see, please check on our websites or social media pages. As of August 1, 2019, all shows under the CRO-MAGS ‘JM’ name will feature us, and all shows under the CRO-MAGS name (on its own) will feature Harley.

Thanks for your patience as we wrap this up. Now that this is all said and done, we will be working on a new studio album, while continuing to deliver the live performances our fans have come to know and love over the years. A win/win situation. See you out there on the road.”

Meanwhile, Flanagan, who once attacked members of Cro-Mags with a knife backstage at Webster Hall in 2012, released his own video statement (watch below), explaining that he had won the rights to the straight-up Cro-Mags name:

“I, as the founder of the band and player on all Cro-Mags albums … will be performing as Cro-Mags going forward and have exclusive ownership of the name as such in all commercial purposes worldwide… During this transition period, to confirm which band you want to see, please check on our websites or social media pages.”