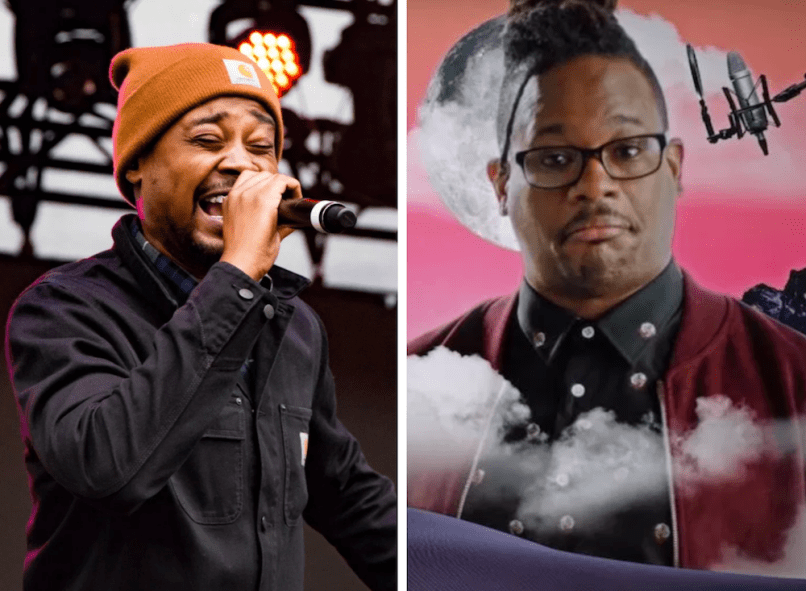 Open Mike Eagle is teaming with comedian Baron Vaughn for a new Comedy Central variety show called The New Negroes. The weekly series will feature multiple stand-up sets and close with a new original song and music video by OME in collaboration with different music guests.

Ahead of its series premiere later this week, OME has shared his first track for The New Negroes. It’s dubbed “Unfiltered” and finds him working with Detroit rapper Danny Brown.

In the clip, OME’s day at the office ends in disaster when his inner voice (played by Brown) makes itself known to his fellow coworkers. Check it out below.

The New Negroes takes its title and theme from Alain Locke’s similarly titled book of “essays, poetry, fiction, and music from a generation of emerging artists credited with launching the Harlem Renaissance.” OME added:

The variety show airs Friday, April 19th at 11:00 p.m. ET, with a simulcast on both Comedy Central and BET. Comedians Hannibal Buress and Sasheer Zamata are expected to turn in sets throughout the season, while Lizzo, Method Man, MF Doom are slated to hit the studio with OME.

OME dropped his What Happens When I Try to Relax EP in 2018, while his last proper full-length, Brick Body Kids Still Daydream, came the year before that. Grab all of his vinyl releases here.

As for Brown, the MC’s Atrocity Exhibition hit shelves way back in 2016; purchase that LP and his past vinyl releases over here. It seems Brown may be prepping a return, though, as he has scheduled festival performances at Afropunk Brooklyn, Movement Detroit, and Dublin’s Forbidden Fruit. Find tickets to all his upcoming shows by heading this way.