Darkthrone unleash “The Hardship of the Scots” off upcoming Old Star album: Stream

The band's forthcoming studio album arrives on May 31st 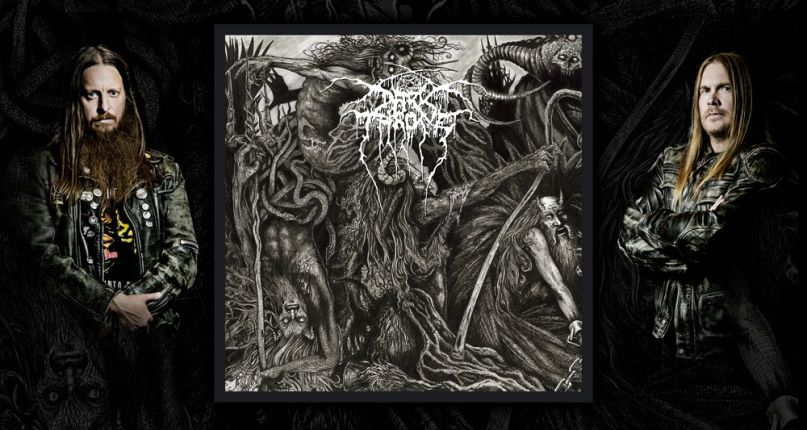 Norwegian black metal legends Darkthrone will return with a new studio album, Old Star, on May 31st via Peaceville Records. The band has shared the first single from the record, “Hardship of the Scots”, an exercise in riffage that spans the many eras of heavy metal (stream below).

Fenriz, one half of the duo that also includes Ted “Nocturno Culto” Skjellum, hails the new album as a return to the style of Darkthrone’s 2016 album Arctic Thunder, except “more solid and with even better riffs,” he stated in a press release.

“Again we are here with the riffs,” Fenriz continued. “A while after our previous Arctic Thunder album, it became apparent that we would continue in that same style, ‘black old heavy metal’ with slow thrash, classic doom and slow death metal.”

A known connoisseur of metal history and lore, Fenriz proudly wears his influences on his sleeve — quite literally, in the form of many band patches — and in his songwriting, as well. This is illustrated in “Hardship of the Scots”, which was written by Fenriz while he was playing guitar and sitting on the porch. The song has a noticeably vintage, analog tone, opening with an ’80s glam metal riff before delving into more cavernous Celtic Frost-inspired vocal passages.

“My song here seems to start with an Invasion of Your Privacy Ratt-era riff or perhaps one from The Ultimate Sin by Ozzy Osbourne,” Fenriz explained, “but when I had bicycled my guitar from the Bombshelter and sat down on the porch to strum it, the fact is that (as far as I remember) this entire track was done in an hour and I remember texting Ted (Skjellum) about it.”

Of the album, he adds : “All in all it is our most ’80s album so far and our most metal one to date with drum sound typical for the ’80s USA/German market and damned lyrics, which are all written by me. We feel that Old Star is the big brother of Arctic Thunder.”

Darkthrone recorded Old Star at the band’s Necrohell 2 Studios, with engineering and production duties carried out by Skjellum. The band made sure its vision was carried through to the end, enlisting Sanford Parker (Voivod) at Hypercube Studios for additional mixing before sending the album to Jack Control at Enormous Door for mastering.

The album will be released on CD, cassette, digital, and a variety of vinyl LP packages. Pre-orders are available from Peaceville here.