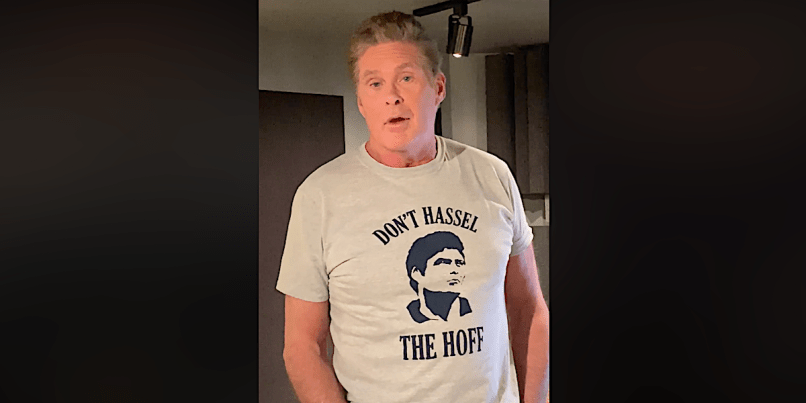 David Hasselhoff, iconic star of Baywatch and Knight Rider — and massive recording artist in Germany — is set to bring the metal to his new album, as well as some ’80s alternative classics.

The veteran actor is recording a new LP with producer Adam Hamilton, who was a member of the band L.A. Guns. In fact, that band’s longtime guitarist and onetime Axl Rose bandmate, Tracii Guns, is contributing guitar licks to the new Hasselhoff disc.


In a new interview with Deutsche Presse-Agentur (German Press Agency), Hasselhoff said, “I’m doing some heavy metal songs on my new album. Why not? I do not have an album title yet, but it should read, ‘Everything is allowed’. I do everything. Because I can. Because I want to.”

In a Facebook video posted by Hamilton (watch below), Hasselhoff (sporting a “Don’t Hassel The Hoff” t-shirt, of course) can be seen recording a cover of Echo & The Bunnymen’s “Lips Like Sugar”. He revealed that he’s also recording The Jesus and Mary Chain’s “Head On” for the album, as well as an updated version of his own 1989 No. 1 hit in Germany, “Looking for Freedom”.

The LP is expected to be released in June, and if you’re lucky enough to be in Germany in October, you can catch The Hoff performing a number of shows throughout the country. Dates and tickets are available here.