Dropkick Murphys, Clutch, and Hatebreed team up for fall 2019 US tour 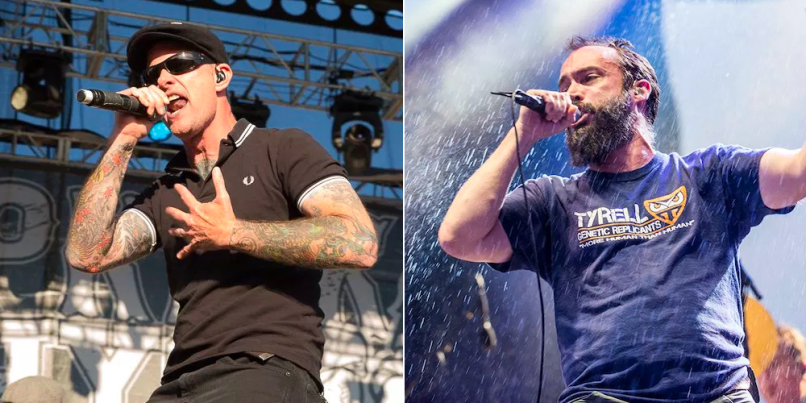 In one of the more unusual lineups to head out on tour this year, Massachusetts-based Celtic punkers Dropkick Murphys and Maryland metal quartet Clutch will hit the road together this fall, with metalcore veterans Hatebreed as direct support.

The trek is set to kick off on September 20th at the MassMutual Center in Springfield, Massachusetts, and wraps up on October 15th at the WAMU Theater in Seattle, Washington. Along the way, the pair will be joined by opening acts, including dark folk artist Amigo The Devil, and former Good Riddance frontman Russ Rankin.


While the Dropkick Murphys haven’t released any new music since their last album, 2017’s 11 Short Stories of Pain & Glory, the band has been plenty busy. Last month, they played an acoustic set at the House of Blues in Boston as part of a St. Patrick’s Day boxing event, and they recently announced that German guitar manufacturer Duesenberg will be releasing a very limited edition Dropkick Murphys Alliance Series guitar and bass. The Murphys also have a busy spring and summer ahead with April taken up with dates in Ireland and the UK and June taken up working through mainland Europe.

As for Clutch, the band is going back on the road to support the release of last year’s Book of Bad Decisions album. In the months leading up to their jaunt with the Murphys, Clutch will be playing a number of festival dates, including the Download Festival at Castle Donington in the U.K., and Clisson, France’s Hellfest, as well as hitting Heavy Montreal this coming July and this year’s installment of Psycho Las Vegas in August.

Tickets for many of the dates on this tour are set to go on sale this Thursday, April 18th at 10am local time at this location, and will also be available here.

+ = with Amigo the Devil
! = with Russ Rankin
* = festival date, Dropkick Murphys only
^ = no Hatebreed
# = no Clutch or Hatebreed

Previous Story
David Ellefson: New Megadeth album now likely to arrive in 2020
Next Story
What Ever Happened to the Kids from Nickelodeon’s All That?
Popular
More Stories
[fu-upload-form form_layout="media" title="Submit Your Photo"][input type="hidden" name="ugc" value="1"][/fu-upload-form]