Film Review: The Curse of La Llorona Conjures Up Nothing New 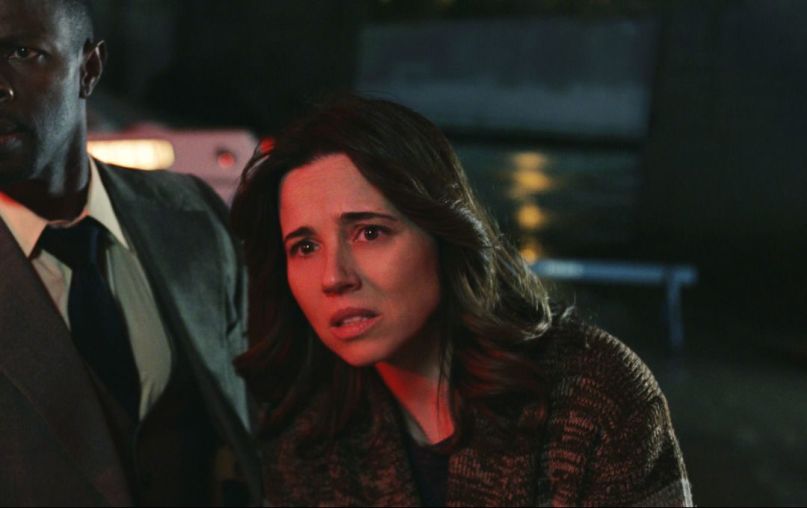 The Pitch: The latest spinoff in The Conjuring universe finds another unhappy family in the ’70s; this time, it’s a social worker and widow (Linda Cardellini) trying to get by as she raises her two kids in Los Angeles. Things take a turn for the worse when one of her cases involves a family cursed by, you guessed it, La Llorona. Let’s just say that she brings home a little more than her case files. But really, if you’ve seen any of these movies, you know exactly where this is heading, and that’s the problem.

The Curse of Predictability: It’s been six years since Warner Bros. cracked open their spooky blockbuster universe with The Conjuring, a film this writer thoroughly enjoyed for its reliance “on rustic scares previously established by William Friedkin (The Exorcist), Stuart Rosenberg (The Amityville Horror), and Richard Donner (The Omen).” Since then, the movies have refused to expand on those tricks and treats, opting instead to amplify them to a level that not only feels old hat by now, but downright exhausting.

With The Curse of La Llorona — the sixth movie and counting in the franchise — the series takes a lazy turn by indulging in copy-and-paste filmmaking. The same broken family is being tortured by the same CGI ghost with the same CGI scares. The only difference, as is usually the case with these torn-family ghost stories, is the folklore, but there’s something garishly opportunistic in the way the film co-opts the Mexican folklore of La Llorona.

To be fair, this is hardly the first time Hollywood has capitalized on the centuries-old legend (see: The CW’s Supernatural, NBC’s Grimm, or even Chasing Papi), but there’s really nothing else that separates this from, say, last year’s infuriating spinoff The Nun, or the prior Conjuring chapters. In fact, when the titular force appears onscreen, it’s as if the animators simply tossed a wedding dress on Valek, turned it over to their superiors, and called it a day.

Screenwriters Mikki Daughtry and Tobias Iaconis admittedly attempt to add some fresh mythology to the mix, mostly through Raymond Cruz’s Father Merrin stand-in Rafael Olvera, but it’s mostly left as an afterthought. By that time, you’re already well into the final act, where there isn’t much room for nuance. Instead it’s in service of the action at hand, mostly because everything in this movie is in service to the action at hand, and said action boils down to yet more hand-me-down chills and thrills.

TL;DR? They slapped the La Llorona name on another boilerplate Conjuring story, even fumbling the opportunity for the series to have a Latinx lead (with no disrespect meant to Cardellini, who certainly gives it her all as the mother in peril).

So, It’s Worse Than The Nun… Yes and no. With The Nun, the series at least attempted to do something fun, even if screenwriter Gary Dauberman couldn’t find fun with a time machine and two passes to Discovery Zone. But the move to co-opt Hammer horror with the castles and the ancient beings was at least a mildly welcome zag. Unfortunately, it also turned out to be a total slog, suffering from unimaginative direction, tonal inconsistencies, and PG-rated character designs.

With La Llorona, director Michael Chaves at the very least offers up a sense of style, in comparison. This feels like a movie for adults, similar to James Wan’s approach to the 2013 original, and there are a number of arresting visuals to be found throughout. A particularly notable example occurs late into the third act with the family swimming pool. Chaves exercises some relative restraint, and as we follow Cardellini’s flashlight, one can’t help but share in the terror. It’s a rare moment, but it’s a moment nonetheless.

(Ranking: Every Horror Movie Sequel from Worst to Best)

The Verdict: At a time when horror couldn’t be more legitimate to the public, and some of the most original scary stories put onscreen in years are making the rounds, it’s actually kind of depressing to see what The Conjuring universe is becoming. Each entry feels more antiquated than the last, and while it’s a total cash cow for Warner Bros., it’s becoming something of a nuisance for the genre. By operating on such a well-publicized mainstream level, these films tend to suggest that this is the modern bar for horror, and that’s hardly the case.

This is a series that continues to drastically lower that bar with each entry, and The Curse of La Llorona finds the universe close to six feet under. It’s a paint-by-numbers would-be blockbuster entirely built around the delusional notion that general audiences can’t be scared by anything more thoughtful than recycled jump shocks and derivative monsters. Even worse, it has zero to say about any of its appropriated historical contexts, which says everything about its capitalistic intentions.

Granted, most would argue that the greatest and most forward-thinking horror tends to live outside the mainstream, and there’s certainly solace to be taken in that fact. But when everyone’s looking to get scared, and the lines are growing ever longer for the proverbial haunted house, it’s pathetic when one of the genre’s most recognizable brands isn’t even trying. The films have leaned so far into what’s worked that they’ve lost all sense of individual identity.

Where’s It Playing? Wide release, at least for a week before Endgame takes up every screening room in the country. Get your tickets if you dare.