Snoop Dogg, Killer Mike, and other stars weigh in on the state of American weed 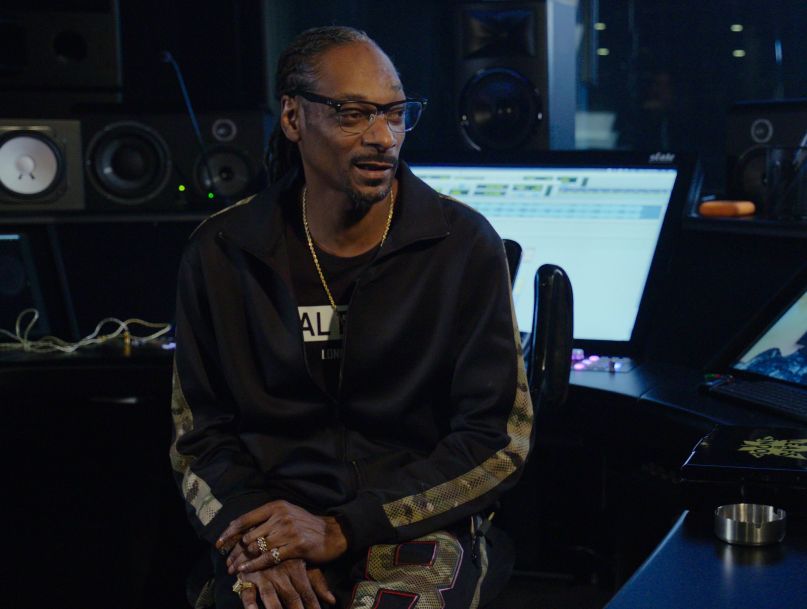 The Pitch: With the legalization of marijuana rapidly spreading across the United States, it would seem that the nation is finally working its way past another era of prohibition. However, with its continued status as a Schedule I narcotic at the federal level, and some US states still exploiting antiquated drug laws in order to maintain prison quotas, the newfound mainstream popularity of weed exists at odds with the much more difficult history (and present) of those affected by “War on Drugs” policies. Directed by Fab 5 Freddy of onetime Yo! MTV Raps fame, the Netflix documentary Grass Is Greener employs a panel of celebrity guests to look at the ways in which marijuana has been weaponized against minority communities for generations, and how its roots in liberation must carry through into the future.

Happy Holidays: As trojan horses go, Grass Is Greener makes for a pretty good one. After all, Netflix knows exactly what demographic it’s going to draw in with a weed-centric documentary released on 4/20. Not all who tune in will know of the history that Greener outlines, and even if it’s much more of an entry-level introduction to both pot culture and the politics that shaped it, it still serves the purpose of enlightening the vaguely hungry masses about structural inequality. Many will come for the talking heads featuring Snoop Dogg, Killer Mike, Damian Marley, Cypress Hill, and others. Others after searching for holiday-appropriate fare. Both will come away with a heightened awareness of just how much work remains to be done in the field of making sure that legalization involves the protection and empowerment of those victimized by racist anti-drug policies. Not bad, Netflix.

Remembrance as Revolution: Grass Is Greener is endearing enough as a quick, easily digestible recap of marijuana’s fraught domestic history since the beginning of the 20th century. Freddy hits on the chief ways in which campaigns of misinformation and fearmongering have followed closely behind it, from propaganda films like Reefer Madness to the use of the word “marijuana” itself. (It became the preferred phrasing over cannabis in the 1920s due to its “ethnic” connotations, ones which were then used to stoke public fears about urban environments.) While the documentary takes a major leap between WWII and Nixon’s revival of hard-line drug policy, one which seems to elide several key progressions, its overview still gets the key points across. And hey, who doesn’t want to hear about Louis Armstrong pushing for legalization, or at least a personal permit, almost a hundred years ago?

Where Greener succeeds most, however, is when Freddy refocuses on the ways in which inequality isn’t even close to being a solved problem at present. Around the one-hour mark, the documentary steps away from bon mots like Dogg comparing himself to both Armstrong and Cheech & Chong in the same breath as a visionary, in favor of a more somber look at how even the modern-day “green rush” is predominantly benefiting well-off white Americans. Meanwhile, hundreds of thousands of black and Latino citizens remain incarcerated for petty possession charges, thanks to antiquated mandatory minimum sentences.

The most harrowing, and effective, moment of the documentary comes when Freddy juxtaposes the memories of Trayvon Martin, Philando Castile, Sandra Bland, Michael Brown, and Botham Jean with news clips declaring that each of them had marijuana in their system and/or possession at the time of their murders. Even today, the cultural connotations surrounding pot are different depending on one’s race, whether many will want to acknowledge that or not, and its continued use as a justification for violent police activity goes all the way back to the days of Harry J. Anslinger’s racialized propaganda campaigns about “protecting decent people” from the dangers of the drug.

The Verdict: For all of its gravity, Grass Is Greener always keeps an even keel when it comes to making the doc accessible to the people who need to heed its warnings most. After all, most of its arguments will rank in the “well, duh” tier of political rhetoric for those already receptive to its message. Numerous activists argue for reparations to communities most affected by anti-marijuana policy, as well as immediate release and expunged records for those still in prison for possession or distribution. At one point Freddy observes that over $1.4 billion in tax revenue has been made on legal pot, and yet approximately 600,000 people were arrested last year for possession.

In Greener’s view, until those most affected by the War on Drugs are put in a position to directly benefit from legalization, it’s not really accomplishing anything at all. (David Banner puts it the most pointedly: “As soon as white men wanna do something, they change the laws and now it’s okay.”) Grass Is Greener may ultimately be preaching to the chorus, but its simple messaging could draw in people who enjoy getting high, but aren’t fully aware of the broader political implications. As uses for streaming services go, there are far worse ways to burn down an afternoon.