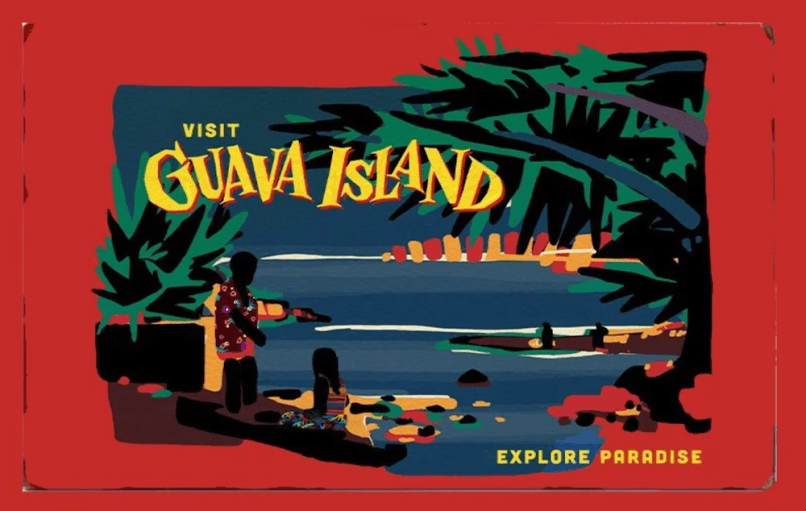 To coincide with headlining performance at Coachella, Childish Gambino, aka Donald Glover, has debuted his new film, Guava Island.

Glover/Gambino plays Deni, a lighthearted singer who plots a music festival to bring peace to his tropical island home. His girlfriend, Kofi (Rihanna), remains skeptical, even as he promises to write her a song to match her beauty. Standing in Deni’s way is the brutal Red, a shady businessman who wants to stop Deni’s event for fear it will drive his workers from his sweatshops.

Most intriguing for fans may be the musical elements. Guava Island features remixes of a number of Childish Gambino’s songs, including “Saturday” and “Summertime Magic”. “This Is America” also gets reworked and re-contextualized, as Deni leads his working compatriots in a dance sequence.

For the next 18 hours, fans can watch the film here regardless of whether they’re Amazon Prime members. After that, it will be broadcast as part of Coachella’s live stream and on Twitch beginning at 5:00 p.m. PST/8:00 p.m. EST. Gambino’s festival performance will also stream via YouTube beginning at 11:25 p.m. PST.