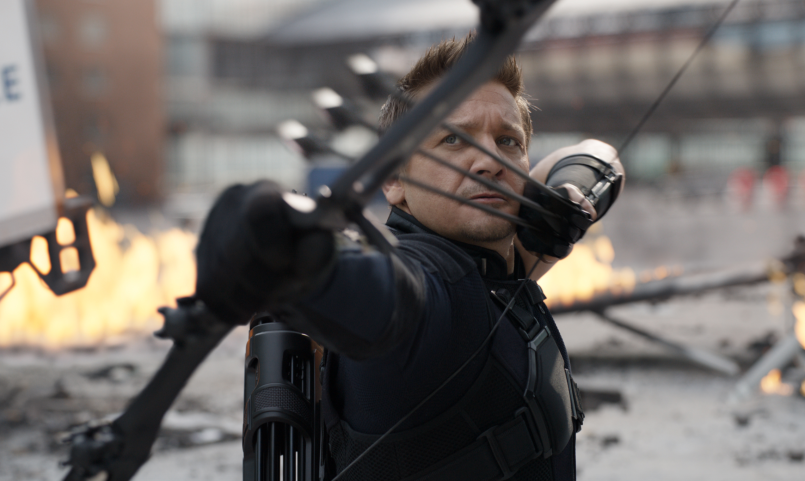 Jeremy Renner’s Hawkeye hasn’t been the best served character in the Marvel Cinematic Universe. Simultaneously the butt of jokes and a fan favorite, he was brainwashed for most of Avengers, got a half-decent story in the subpar Avengers: Age of Ultron, was actually pretty badass in Captain America: Civil War, and then… was on house arrest during Infinity War. He’ll be back in Avengers: Endgame, though it looks like he’ll really get to shine on a smaller screen, as a Hawkeye limited series is in the works for Disney+.

Variety reports that Renner is set to return as the arching Avenger, aka Clint Barton, in a new show being developed for Disney’s forthcoming streaming service. The series is said to introduce Kate Bishop, a popular character from the comics who takes up the Hawkeye mantle as a member of the Young Avengers. Bishop and Barton developed their mentor-protege relationship in the acclaimed Hawkeye comic series from Matt Fraction and Alex Aja, which earned a prestigious Eisner Award nomination (and inspired this writer’s most recent tattoo).

The idea of Renner passing the bow to a younger Hawkeye doesn’t necessarily mean he’ll be exiting the MCU, however. It’s long been speculated that when he appears in Endgame, it will be under the mask of Ronin, another identity he assumes in the comics. We’ll find out for sure when the latest Avengers blockbuster hits theaters on April 26th. Buy tickets now.

Hawkeye joins Disney+’s other handful of MCU shows scheduled to launch on Disney+. There’s also Tom Hiddleston’s Loki, Elizabeth Olsen and Paul Betany’s joint Scarlett Witch and Vision project, and the Falcon/Winter Soldier team-up starring Anthony Mackie and Sebastian Stan. All those Marvel shows will probably receive a warm welcome from fans, especially since Netflix recently gave the axe to all the series under the Defenders banner.