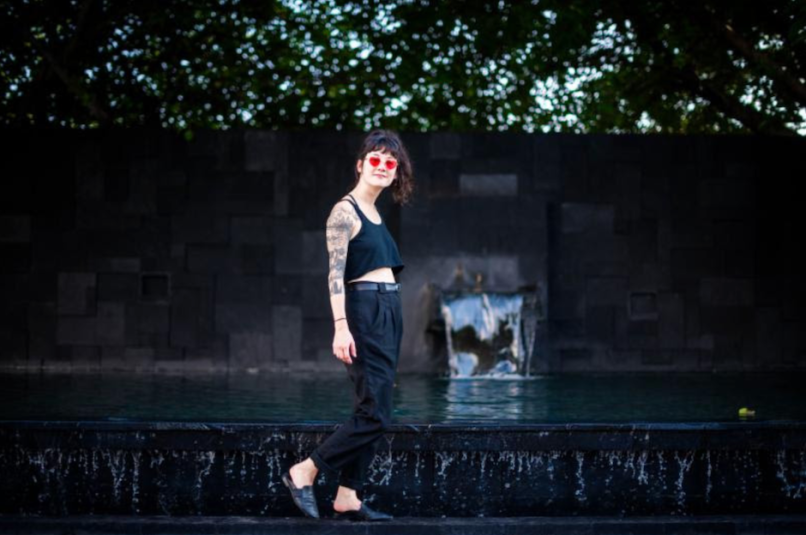 Japanese Breakfast became something of an indie darling by dropping two albums over the course of two years, 2016’s Psychopomp and 2017’s Soft Sounds from Another Planet. While she’s remained actively touring behind those efforts, we haven’t heard anything new from Michelle Zauner since her sophomore release. Today, she’s finally returned with a fresh track, “Essentially”.

(Read: 20 Essential SXSW Acts to Catch on Tour This Spring)


The song comes as part of the inaugural single series from W Records, the label of luxury hotel chain W Hotels Worldwide. Zauner was sent to W Bali to record at the W Sound Suite studio there, with the original intention to record a completely different track. As she explained in a press release, arriving in Bali inspired her to “write something on the fly:”

“I like the challenge of writing and arranging quickly and intuitively sometimes, and I had just bought a native instruments machine and wanted to explore a lot of the sample libraries it came with and work on the synths that were at the studio. It was a very idyllic place to work. I usually record in cold studios, so Bali was a pretty glamorous change. I felt so lucky the day I arrived just walking around the hotel.”

“Essentially” is the first completely original track released on W Records, and it will be followed by a second Japanese Breakfast song. Proceeds from both tracks will go to a charity of her choosing, and a video for “Essentially” filmed at the soon-to-open W Philadelphia.

While we wait for that, take a listen to the song below.

Japanese Breakfast has a number of tour dates planned for the spring and summer, including stops at Atlanta’s Shaky Knees, Chicago’s Lollapalooza, and FORM Arcosanti in Arizona. Find tickets to all her upcoming shows here, and pick up her past releases on vinyl here.