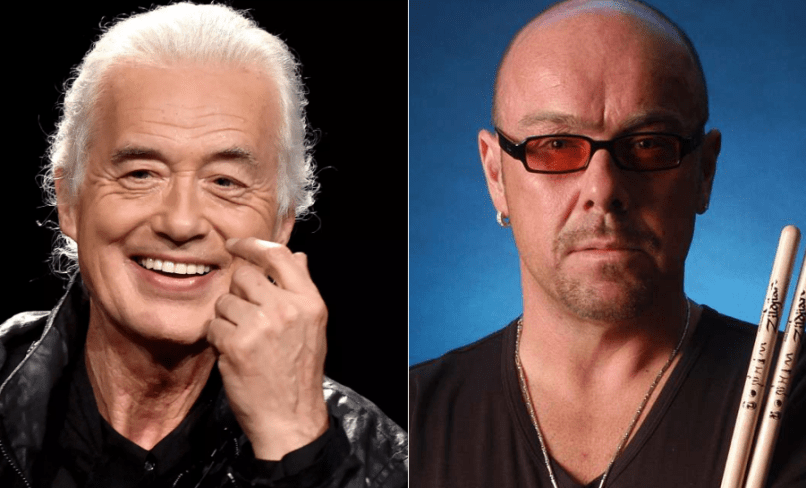 Led Zeppelin did a lot of drugs in their day. That much is true. However, when it comes to one particular incident involving Zeppelin guitarist Jimmy Page and drummer John Bonham’s then 16 year-old-son, Jason, the story is not as it seems. In fact, it never happened in the first place.

As Rolling Stone points out, during a recent appearance on The Howard Stern Show, Jason Bonham relayed a story in which he claimed that Page introduced him to cocaine when he was 16 years old. “We got called to his room,” Bonham said. “And there was a woman on the floor with a collar on, meowing, and he had this grinder thing and he turned it over and he went, ‘Here you go,’ and I went, ‘Thanks.’ He’s like, ‘You’ve done this before, right?’ And I’m like, ‘Yeah, of course I have.’ So he handed it over and I just did all of it, and he went, ‘Just like your father — y’know, that was supposed to be for all of us.’”

Now, though, Bonham has issued a statement on his website to “unconditionally retract all derogatory and defamatory comments relating to Mr J Page.”

“It is wholly untrue that Mr J Page offered me any illegal substances either when I was a minor or at all,” Bonham continued. “I apologize to Mr Page, unreservedly, for making these unfounded and untrue comments about him. Out of my long held respect for Mr Page I will make no further comments on the interview and I agree to make no further comments which Mr Page might view as disparaging, either now or in the future.”

Bonham filled in for his late father during Led Zeppelin’s handful reunions over the years, including their 2007 concert at London’s O2 Arena.