Kash Doll tells the dark tale of a dancer in video for new track “Hustla”: Watch 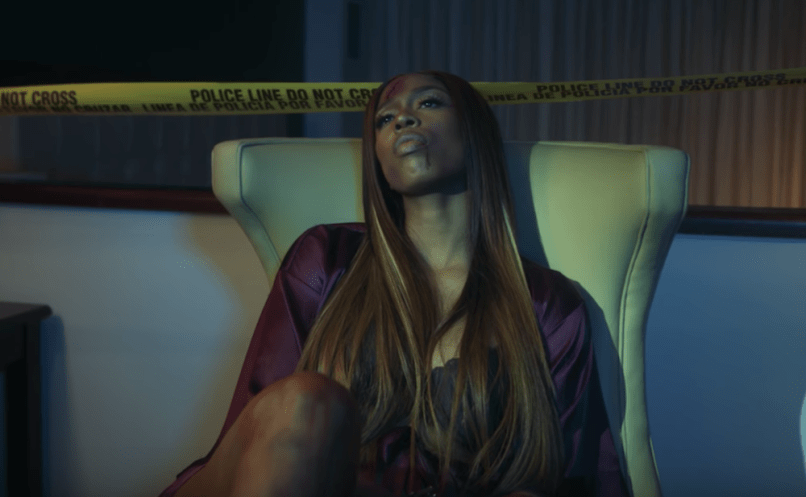 Kash Doll has been steadily rising the ranks of hip-hop over the last few years. Videos for her singles like “Ice Me Out”, “For Everybody”, and “Check” have racked up millions of hits, while she’s also received co-signs from Drake, Meek Mill, Rick Ross, and others. But the Detroit MC has been hustling since long before that, earning her first big bucks as a dancer. Her latest track, “Hustla”, harkens back to those days in a cautionary tale about the dark side of dancing for money.

With a subtle and steady beat behind her, Kash raps a narrative like the hip-hop yarns of ol’. Here, a girl named Kelly serves as the protagonist, a dancer who gets caught up with a stack-heavy shiner named Dre. When Dre comes up with a scheme to double their bank by setting up another hustler, things take a devastating turn.

According to a press release, Kelly is based on a girl Kash herself knew back in her club days. The “Hustla” video is the first in a planned series called the “Kelly Chronicles” that seeks to shine a light on the dangerous underbelly of stripping. As Kash puts it,

“‘Kelly Chronicles’ is a story based on things I’ve seen in the real world strip club life, although thankfully it’s not my own experience. I wanted to show girls that it’s not all glitz and glamour. Sometimes women sacrifice their peace of mind, dignity and most importantly self-worth. ‘Kelly Chronicles’ will be an ongoing story. As a former dancer, I used to be in that world, and I want girls to know it’s not just what you see on social media. There are stories of missing girls with cases still open because of situations like these. With this mini movie series, I’m speaking on situations that come from living that lifestyle. There is a lot of peer pressure and you can easily get led in the wrong direction. I want to give these women a voice, and make sure these stories and cautionary tales are told.”

Watch the (slightly not safe for work) Nimi Hendrix-directed video below.