Off the band's first album in 20 years, Scatter the Rats 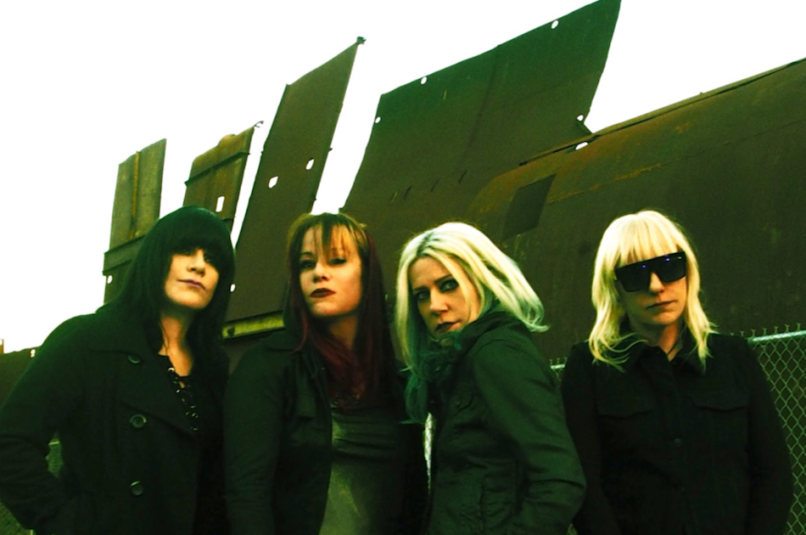 After hinting at a new album last year, L7 confirmed recently confirmed their first LP in two decades, Scatter the Rats. Due out on May 3rd, the forthcoming collection is being previewed with a new track, “Stadium West”.

Following up lead single “Burn Baby”, the new release finds the grunge veterans in proper form, offering up a high-octane composition that falls in line with the best of L7’s ’90s heyday. In your face and unabashedly catchy, the song is highlighted by its delightful lyrical turns-of-phrase, rapid-fire riffs, and energetic backing howls and growls.

L7 has also released a new music video to complement “Stadium West”. Directed by Rob Sheridan, the visual throws it back, crafting a lo-fi, technicolor romp through the band’s home of Los Angeles. Chock full of the unconscious bravado of a bygone punk era, the clip pairs this energy with old-school production featuring gritty low-resolution frames, inverted and primary color palettes, and, of course, choppy editing. Watch for yourself below.

L7 will support Scatter the Rats on a summer tour. In addition to sets like a “very special intimate show” at Brooklyn’s Elsewhere, they’ll join Rancid’s The Bash Music & Craft Beer touring festival. Find tickets to all their shows here, and prep for the experience by picking up L7’s past releases on vinyl here.