The night featured a screening of the documentary Industrial Accident 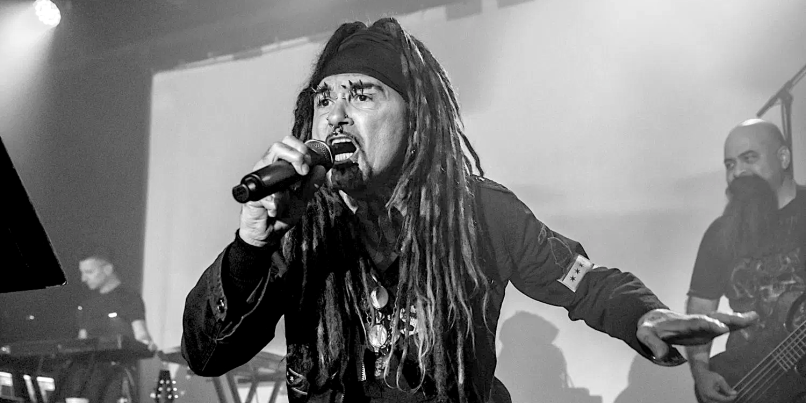 Setting the Stage: The celebration for Chicago independent record store and label Wax Trax! Records had the atmosphere of a holiday for the fans of industrial, goth, and synth-pop who descended upon the Music Hall of Williamsburg on Monday evening (April 15th). The documentary about the label, Industrial Accident: The Story of Wax Trax Records, is currently on tour, being screened in select cities with musical performances by Ministry and Cold Cave, the former performing songs from the band’s Wax Trax! era, as well as other classics. In a partnership with Record Store Day and House of Vans, the tour was announced on short notice with tickets included with the documentary’s soundtrack LP released on Saturday.

The Screening: The exploits of Chicago independent record store and label Wax Trax! Records were pivotal for industrial music. Besides supporting pioneering bands like Ministry and Front 242, the label practiced a DIY ethos that encouraged artists to create freely and experiment without pressure. The label became a hotbed for some of the most extreme, rebellious music of the ’80s. The ending is a sad one for Wax Trax!, with the label running into financial troubles and selling out to TVT Records in 1996, but its influence firmly places it in the canon of musical lore.

Industrial Accident is a classic rock doc, tracing the history of the label through interviews, archival footage, and some satisfying, nostalgic performance clips of the label’s bands. The film focused on the label, but gave necessary background and insight into the lives of co-owners Jim Nash and Dannie Flesher, whose friendship and love drove the label and its passion for artistry and creative freedom. Nash and Flesher passed away in 1995 and 2000 respectively, but their legacy is immortalized in the film and the music they helped release. A short panel discussion followed the screening before fog machines billowed plumes of smoke, signaling the beginning of the concert.

Taking the Stage: Brooklyn’s Cold Cave were a fitting opener for the tour bill and an appropriate transition from the film, as they share the aesthetics of a Wax Trax!-era band. Brooding synths and pulsating rhythmic repetition made for a hypnotic performance that was tastefully anachronistic and gothy. More than a few times vocalist Wes Eisold channeled the voice of The Cure’s Robert Smith to an uncanny degree, dark visual-scapes and ambient visualizers projected behind him and the band. The fog machines churned at full throttle for the entire set.

Cold Cave loosened up the crowd after the film screening, and fans were eager in anticipation for Ministry’s set of classic material. Though it was billed as a Wax Trax!-era set, the band played hits from their Sire years in the late ’80s and early ’90s. “We will accommodate you on this DeLorean time warp and only play shit from earlier,” frontman Al Jorgensen declared. “Stigmata”, “Thieves”, and “Jesus Built My Hotrod” were appropriately raucous, as he lurked around the stage, spewing words of vitriol into the microphone. To see such an aggressive performance in such an intimate atmosphere as Music Hall was invigorating for both the fans and the band. “New York, you’re f*cking awesome,” he pronounced on multiple occasions.

Chris Connelly joined the band for “Burning Inside” and “So What” before returning with Jorgensen for the first encore of the Revolting Cocks’ “No Devotion”. During the latter, Jorgensen’s characteristic misanthropy came through when he altered the refrain to “The voice of God means nothing anymore / Notre Dame means nothing anymore,” sending a shudder through the crowd on the day when the French cathedral burned. He was an unfiltered loose cannon of banter all evening (“Channel your inner redneck, throw some cans. It helps!”), culminating in a comical moment during the second encore in which he broke his vape pen and desperately needed a hit before singing the last song.

For the final song of the night, the band took up acoustic instruments, with Connelly returning to the stage. “This is about walking around and not being accepted by society,” Jorgensen said as they played a touching version of “(Everyday Is) Halloween” — ending the set poignantly with one of Ministry’s Wax Trax! singles on a night devoted to the label and the music it helped proliferate.