Featuring the tweaked lyrics: "You like my hair? New weave, just bought it." 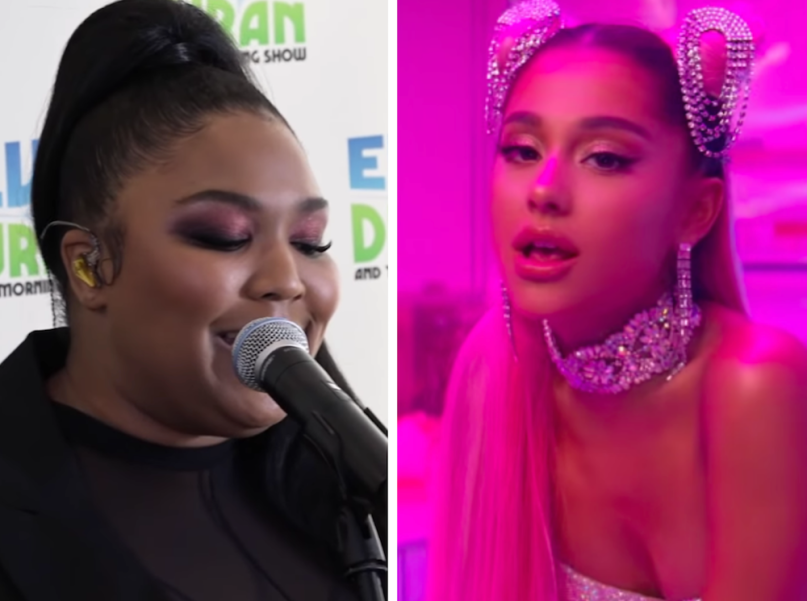 Lizzo is just days away from unleashing her new album, Cuz I Love You. However, while promoting the project, the Minneapolis rapper has been showcasing much more than just her own music.

During various in-studio sessions over the last few weeks, Lizzo has been turning in stunning cover after stunning cover. We heard her offer up gospel reimagining of Miley Cyrus and Mark Ronson’s “Nothing Breaks Like a Heart” for the BBC, followed by a vocally powerful “Shallow” rendition on SiriusXMU. Lizzo’s latest reimagining took place on Elvis Duran Live and involved the Ariana Grande mega hit “7 Rings”.

Lizzo was backed only by an acoustic guitar, and she even provided her own handmade (literally) percussion. Despite the bare-bones accompaniment, she successfully infused it with her own style of swagger especially when tweaking its lyrics: “You like my hair? New weave, just bought it.”

Per MTV, Grande praised Lizzo’s rendition via Instagram Story, writing, “this made my whole day. @lizzobeeating i love u so much.”

Cuz I Love You lands in stores April 19th. Lizzo is scheduled to perform at Coachella this weekend, which will then be followed by a North American tour. Grab your tickets here.

“7 Rings” is off Grande’s thank u, next album. The pop singer, who will also be Coachella, recently put out a new song called “Monopoly”.