Mac DeMarco performs “All of Our Yesterdays” on Fallon: Watch 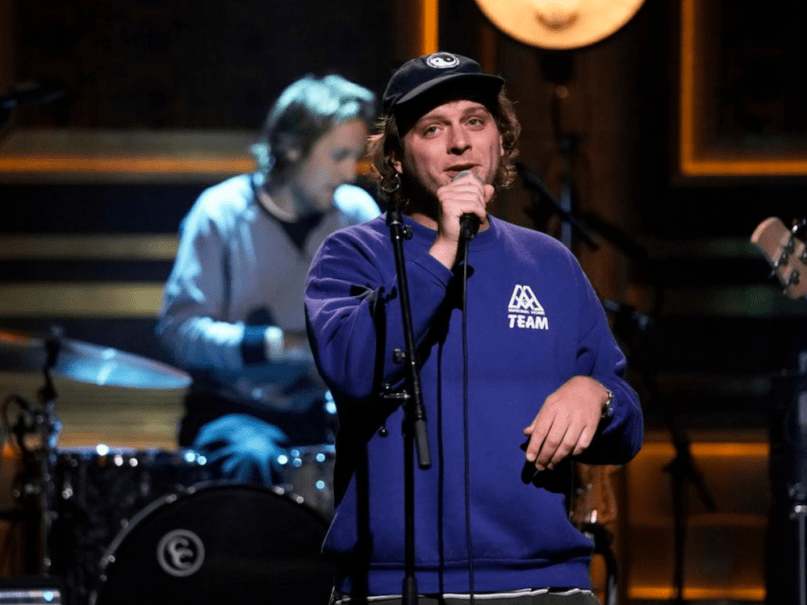 Mac DeMarco on The Tonight Show, photo via NBC

DeMarco previously said the he tried to channel Oasis while penning the track, which was the first he wrote for Cowboy. “I had just seen a documentary about Oasis before writing this song, and I was trying to write a gigantic rock and roll hit with my renewed love for the band,” he explained. “I didn’t really get close to that at all, but I’m happy with the song that came out.”

It didn’t quite feel like the Gallagher brothers were on the Fallon stage last night, but more so an Oasis-like reimagining as seen through DeMarco’s usual charmingly goofy lens. See it for yourself below.

DeMarco recently addressed the controversy surrounding his album and its similarity in title to Mitski’s own Be the Cowboy. “It’s ridiculous,” he told Huck magazine, playing down the backlash. “It’s just music.”

To support his Cowboy, DeMarco will hit the road on an extensive tour that runs until November. Grab tickets here.