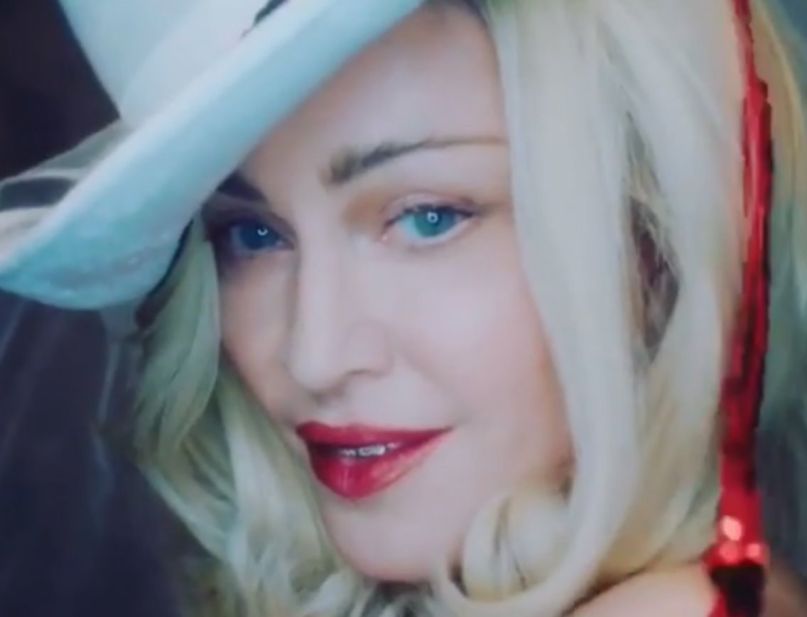 Madonna has a new album on the way.

The Material Girl took to Instagram on Sunday to announce Madame X, her fourteenth album to date and the follow-up to 2015’s Rebel Heart. Update — April 17th: Madame X is out June 14th. Head here to see the album’s tracklist and artwork.

In the Instagram video, Madonna introduces her new Madame X persona, whom she describes as “a secret agent traveling around the world, changing identity, fighting for freedom, and bringing light to dark places.”

She continues: “Madame X is dancer, a professor, a head of state, a housekeeper, an equestrian, a prisoner, a student, a mother, a child, a teacher, a nun, a singer, a saint, a whore, and a spy in the house of love.”

Soundtracking the clip is a new, piano-driven composition in which Madge sings, “The thing that hurt the most was that I wasn’t lost.”

In an interview with Vogue Italia last year, Madonna said her next album was inspired by Portugal, where she lived throughout the process of its creation (via EW).

“I’ve just met lots of really amazing musicians, and I’ve ended up working with a lot of these musicians on my new record, so Lisbon has influenced my music and my work. How could it not? I don’t see how I could have gone through that year without being informed by all this input of culture,” she told Vogue Italia. “It’s also such a nice antidote to what’s going on in the music business now where everything’s so formulaic, and every song has 20 guest artists on it, and everyone sounds the same. Something’s gotta give.”

She previously teased Madame X by debuting a new song called “Beautiful Game” during a performance at the Met Gala last year.