The follow-up to 2016's Romantic is due out in June 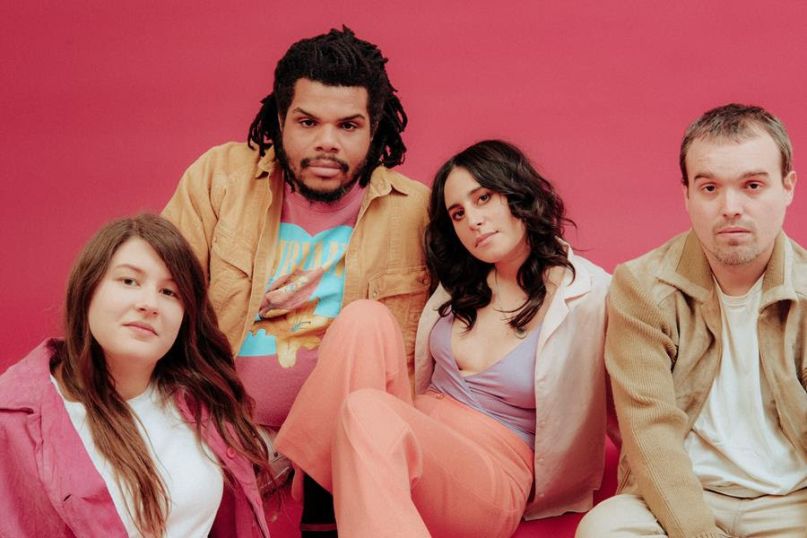 Mannequin Pussy have announced a new studio album, Patience, which is due out on June 21st via Epitaph. To preview the LP, the indie punk band has also shared lead single, “Drunk II”, along with its theatric, retro music video.

Marking their third studio effort to date, Patience follows up 2016’s Romantic and their 2014 debut Gypsy Pervert. The collection was captured at Conshohocken, Pennsylvania’s Studio 4, with help from producer and engineer Will Yip (Quicksand, The Menzingers). As lead singer Marisa Dabice explained, “In the past there’s been a chaotic feeling to the recording process, but working with Will put us in a different headspace… It helped us show our progression over the past few years and make a very crisp-sounding record, without losing the dirtiness of what Mannequin Pussy really is.”

The album focuses on vulnerability and the experience of being within the body, frequently offering a stark contrast to the group’s wild, in-your-face demeanor. These tensions continue throughout the LP, with explosive riffs juxtaposed with subtle yet honest lyrics and intricate arrangements. With the newly released “Drunk II”, such opposites are at the forefront, with Dabice offering a performance that is alternatingly tender and abrasive. She explained in a statement,

“It’s too easy now to look back on that song and feel a mixture of pity and disgust for myself and the emotions I poured into it. I never saw a breakup as anything other than emotional torture. But now, I understand that a breakup is a gift. Heartbreak is a gift. Someone leaving your life when you don’t expect them to is one of the most honest things we can experience. By electing to leave your life someone is telling you their truth: that they can’t be there for you the way you wish they could. That they can’t love you the way that you loved them. It took me a long time to realize that it is better to be alone than to be with someone who doesn’t really want to be there. You should never have to convince someone to love you. At the end of the song when I sing ‘Everyone gather round, I have the answer now’ – that is fswhat I’m saying.”

The singer also directed the song’s captivating music video, that follows her on a night out at a dive bar. Again, there is a layer of ambivalence over the visual, matching the multiple directions of the music against the lyrics. She elaborated,

“I wanted to capture the feeling that so many of us experience when we are heartbroken and trying to move on. We pretend we have fun so that we are socially acceptable to those around us. We hope that drinking will make us happy and we wish that our nights will lead us into the arms of a beautiful stranger who will momentarily distract us from the pain we feel. I wanted to blend reality and fantasy in the music video for ‘Drunk II’ – where you aren’t quite sure if my character is just out with her bandmates and friends, pitifully crying to them about their lost love or if they are actually meeting those beautiful strangers every night. I wanted to show what it feels like to be out and heartbroken — that no matter where you are it feels like you are the only one with a broken heart. That everyone around you is deeply in love and you are completely alone. That no matter who you meet, you can’t stop thinking about that person who you lost.”

Tonight, Mannequin Pussy kicks off a tour with Hot Snakes in Fayetteville, Arkansas. Following a three-night run of Texas, the band will hit a handful of shows in the South before moving up to the mid-Atlantic at the start of May. Find the full tour itinerary below.