A warm rendition just in time for spring 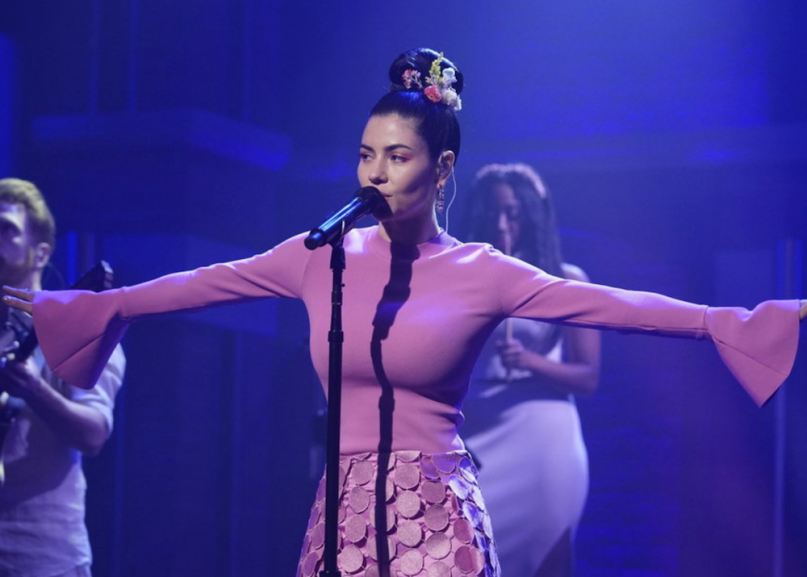 After a four-year musical hiatus, Marina and the Diamonds has returned with a new moniker, MARINA, as well as a double album titled, LOVE+FEAR. The pop singer supported her comeback with stop on Seth Meyers on Monday evening, marking her first time on the program since 2015.

MARINA performed “Orange Trees”, a sunny single about embracing and becoming one with all the beauty that nature has to offer. Though the stage itself was without any flora or natural daylight, the London-based artist carried plenty of warmth and spiritual uplift in her body language and, quite literally, in her hair.

Replay it down below.

Update: MARINA has shared the official music video for LOVE track “To Be Human”. It features footage referencing climate change, protests against gun violence and police brutality, and more.

“Orange Trees” appears on the first part of her new album, LOVE, which she released ahead of schedule last week and is currently available for streaming. FEAR is due out April 26th through Atlantic Records.

MARINA is expected to tour this spring and fall behind LOVE+FEAR. Grab your tickets here.

Stock up on all of MARINA’s vinyl releases from the past by heading here.