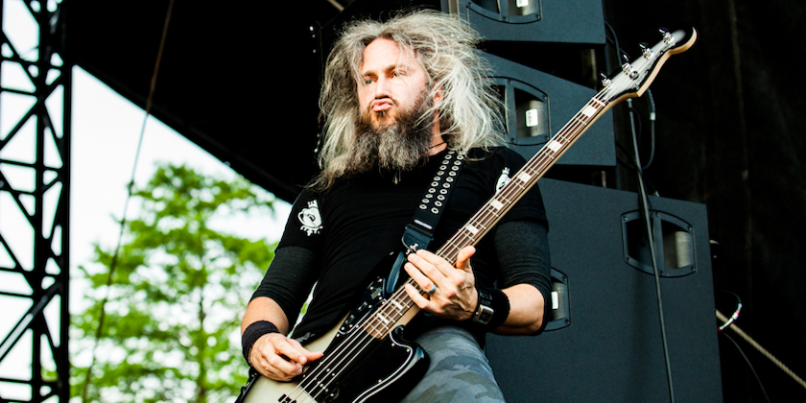 Mastodon bassist Troy Sanders will get to perform as a touring member of an act that influenced him greatly when he joins Thin Lizzy’s lineup this summer on a handful of European festivals.


“It’s no secret that Thin Lizzy has had a big influence on Mastodon’s music,” said Sanders. “Being asked to join them on stage is a big deal and true honor to me. I am really looking forward to it!”

Guitarist Scott Gorham stated, “We are very happy to welcome Troy to the Lizzy family! We met a few years ago at Download festival and he’s a great guy and killer bass player to boot so very happy he wanted to join us for the shows this summer.”

Singer Ricky Warwick added, “Mastodon are a fantastic band and knowing how much of a Thin Lizzy fan Troy is, he will be an amazing addition to the fold.”

In addition to the 40th anniversary of the Black Rose album, Thin Lizzy are also celebrating 50 years as a band. Following the death of founding frontman Phil Lynott in 1986, Thin Lizzy only exist as a touring act. However, the band members do record albums under the name Black Star Riders.

Mastodon, meanwhile, will be performing their 2009 album, Crack the Skye, in its entirety when they hit the road with Coheed and Cambria and Every Time I Die for North American tour this summer. Tickets for that trek can be found here.