Mayor Pete plays Spoon’s “They Way We Get By” on piano: Watch

Plus, read the presidential candidate's essay about Radiohead's Hail to the Thief. 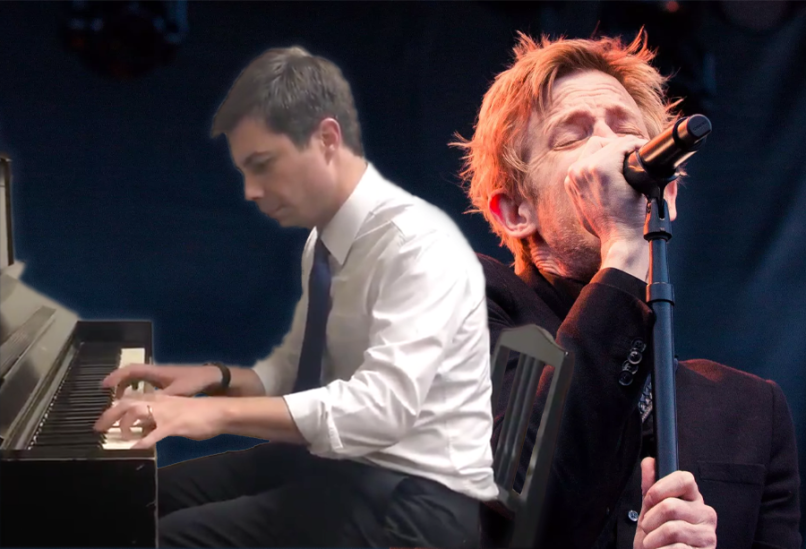 Pete Buttigieg, the relatively young Mayor of South Bend, Indiana, has gone from dark-horse hopeful to something of a 2020 Democratic presidential frontrunner — and he hasn’t even formally announced a run yet. Still, the 37-year-old has become a liberal phenom thanks to his wide appeal as a straight-speaking, openly gay Afghanistan war vet and Rhodes scholar with strong Christian beliefs. Like Beto O’Rourke before him, he’s also got a bit of indie music cred to keep his “cool” stock rising.

Ahead of a speaking appearance at Scripps College in Claremont, California earlier in the year, Mayor Pete sat down at a piano to play out some pre-event jitters. He wasn’t just tickling the keys with any old ditty, though: It was Spoon’s “The Way We Get By” from 2002’s Kill the Moonlight. Maybe if Britt Daniel gets wind of this performance, Buttigieg can tap Spoon for one of his campaign rallies like Beto did.


Check out a snippet of the backstage performance below.

Well, this is a novel form of prep:

Update: Spoon shared the video of Buttigieg performing their song, tweeting: “So this guy can just do everyone’s job, huh.” To which Buttigieg replied: “Hey it’s just the way I get by.”

So this guy can just do everyone's job, huh https://t.co/lJkrdJZo3e

Hey it’s just the way I get by https://t.co/t2mtDxNTkl

Even when he was in college himself studying at Harvard, Buttigieg was an avowed music fan. In a recently unearthed column he wrote for The Harvard Crimson (via Stereogum), the future politician took stock of musical trends in a post-9/11 world. There’s a whiff of that self-aggrandized opinionating you get when writing a heady think piece for an Ivy League paper, but Buttigieg makes a reasonably compelling case for why his classmates went from jamming to Dave Matthews Band to brooding with Radiohead.

Writing about the transition from Everyday to Hail to the Thief, the future Mayor said,

“The band’s tone of alienation and danger—more than one reviewer has found the word ‘unwell’ an apt term for their feel—touched a nerve in America, which speaks volumes about how quickly things changed. The band’s frontman, Thom Yorke, admits puzzlement at why they continue to catch on, telling a reporter he’s ‘never been able to understand why so many people get it.’ But given the temperature of the times, it should surprise no one that their dyspeptic experimentation is popular. We, too, are nationally unwell.”

Clearly written by an engaged individual with an actively perceptive mind, the whole essay is archived on the Crimson website.