John Darnielle draws on fantasy and sci-fi for their seventeenth (!) record 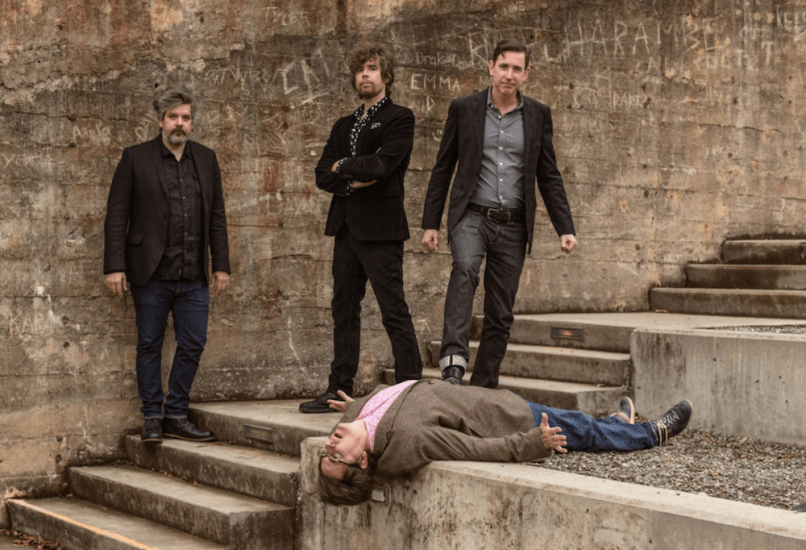 The Mountain Goats return today with their new album, In League with Dragons, through Merge Records. Subscribers of Apple Music and Spotify can listen below.

In League with Dragons marks the group’s seventeenth (!) full-length to date and first in two years. While its Goths predecessor was inspired by The Cure and Joy Division, this new album sees The Mountain Goats exploring the worlds of fantasy and sci-fi to launch a genre they describe as “dragon noir.” According to frontman John Darnielle, the LP “began life as a rock opera about a besieged seaside community called Riversend ruled by a benevolent wizard.”

The realms beyond reality are nothing new to Darnielle, a longtime fan of Dungeons & Dragons and author of Wolf in White Van, a 2014 National Book Award-nominated novel about the escapist power of fantastical role-playing games.

Of the LP’s 12 songs, already we’ve previously heard lead single “Younger” and “Cadaver Sniffing Dog”; the latter track uses a bloody crime scene as “a metaphor for a relationship in which there is nothing whatsoever left to salvage.”

To support the new record, The Mountain Goats will kick off an extensive North American tour later this week, tickets for which can be purchased here.

In League with Dragons Artwork:

Darnielle appeared on the one-year anniversary episode of This Must Be the Gig to talk about touring as a parent and the philosophy of Magic: The Gathering. Revisit it below.

seriously @LiorPhillips is one of the best interviewers I've ever had, drawing threads of conversation out into much more interesting places than I could take them on my own. very grateful for this talk https://t.co/tALsHb3Jyw

There's no better person to celebrate our podcast This Must Be the Gig's 1 year anniversary with! He has such a superb breadth of knowledge, even before you get to the music. Like being sucked into the grooves of a plump couch, devoured by its comfyness forever. Thank you John <3 https://t.co/JVhHSjy2ZR

To own all of The Mountain Goats’ releases on vinyl, head here.