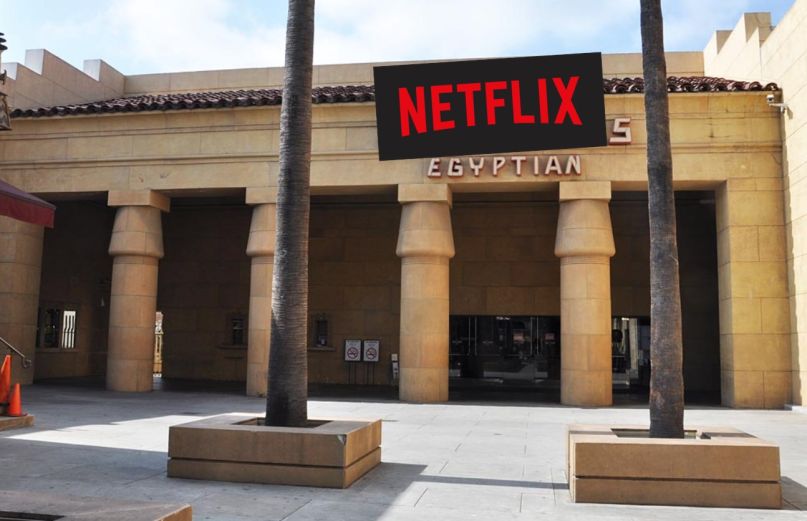 With filmmakers such as Steven Spielberg calling for more movies to be distributed into theaters, Netflix is doing one better: they’re buying one.

According to The Hollywood Reporter, the streaming giant is currently in talks to purchase Sid Grauman’s iconic Egyptian Theatre in Hollywood. The sale, THR insists, would be in the tens of millions — a small price for timeless history.

However, as THR points out, the deal would also be to the benefit of its current owner, the American Cinematheque, a non-profit organization dedicated to the presentation of the medium. The organization could continue to curate its weekend programming, while Netflix could place its own titles week to week. it should also be noted that Netflix chief content officer Ted Sarandos sits on the board.

Of course, the real win would be for Netflix, who would have an iconic landmark of cinema on its hands, guaranteeing a secure location to screen its Oscar contenders throughout the fall and winter. But hey, wins all around.

The potential sale is conveniently going down as Spielberg and the Academy are set to reconvene and discuss the stipulations for the Oscars going forward. This gives Netflix quite an edge, especially as insiders tell The Hollywood Reporter that the company also still has plans on distributing their films elsewhere, especially the local indies.

Regardless of the politics, it’s quite a move in film history, and an even greater sign of the shifting tides. Here’s hoping the deal goes smoothly and this writer can one day stop in for a screening of The Last Laugh. Or, you know, Roma.