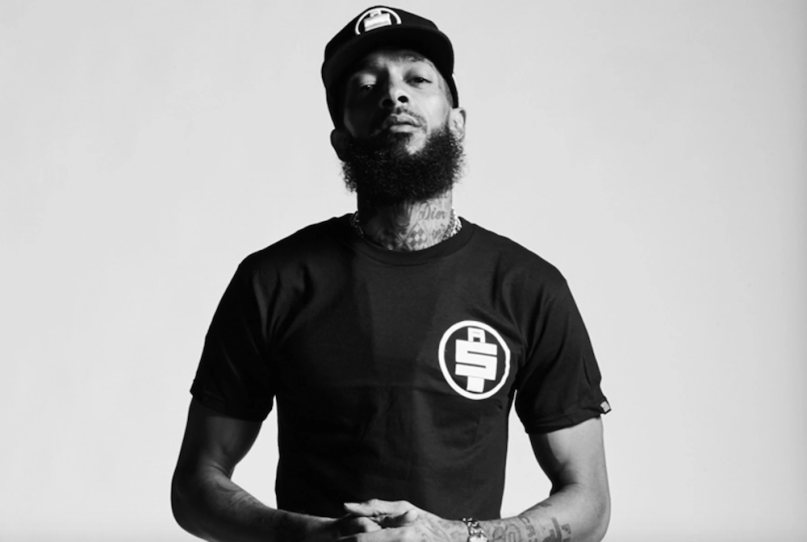 In the wake of his murder, fans of Nipsey Hussle have turned the rapper’s Marathon Clothing store into a makeshift memorial. Just over a week ago, the local hero was shot dead outside the business, a landmark which had come to represent the rapper’s commitment to his community. When the flowers and candles are gone, however, his memory will still be honored in the area, as a city councilman has moved forward with a proposal to rename the nearby intersection after Nipsey.

Nipsey Hussle, born Ermias Davidson Asghedom, had built a relationship with City Councilman Marqueece Harris-Dawson as they worked together on the Destination Crenshaw project. The initiative aims to designate an over mile-long stretch of Crenshaw Boulevard to “celebrate the historical and contemporary contributions of Black LA and the Crenshaw community…” Now, Councilman Harris-Dawson wants to memorialize Nispey Hussle’s contribution to the community and his work on the project by renaming the intersection of Crenshaw and West Slauson Avenue as Ermias “Nipsey Hussle” Asghedom Square.

(Read: Hip-Hop Community Reacts to the Death of Nipsey Hussle)

A petition to rename the square, which is just feet from Marathon Clothing, has been signed by over 500,000 people from around the world. Responding to the proposal, Harris-Dawson said (via the Los Angeles Sentinel),

“Ermias Asghedom known as ‘Nipsey Hussle’ was an icon and West Coast hero. Nipsey’s genuine nature allowed him to be a light to everyone he interacted with from family, friends, fans, and his larger community.  As a father, brother, and son, Nipsey was a rock helping to build an empire that will continue through generations. Nipsey will always be remembered for delivering a pure, authentic Los Angeles sound, his numerous philanthropic efforts, his innovative, community-focused business mindset, and his humble heart.”

The news follows the announcement of a public memorial service in honor of Nipsey. The free event is set to take place tomorrow, April 11th, at 10:00 a.m. at LA’s Staples Center. (All tickets have already been claimed).

Nispey Hussle was 33 years old when he was shot and killed on March 31st. On April 5th, the primary suspect, Eric Holder, was arrested and charged with one count of murder, two counts of attempted murder, and one count of possession of a firearm by a felon. The 29 year old faces a maximum of life in prison.