A fan in Ecuador launched the petition, which has since received more than 1,500 signatures 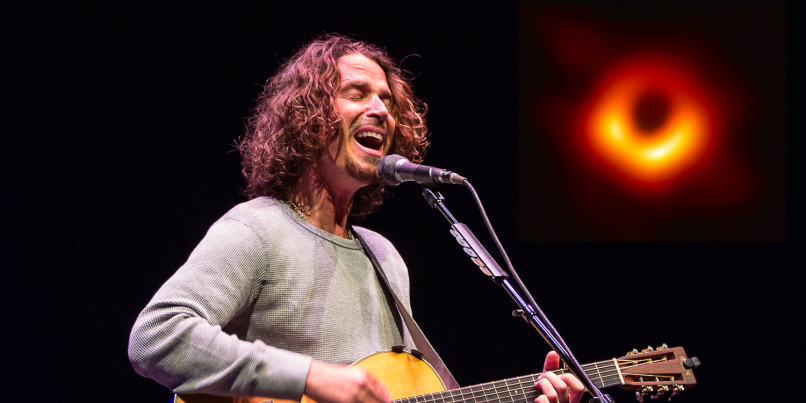 A few days back, the world became witness to the first-ever photograph of a black hole. Now, fans of the late Chris Cornell want to name that very black hole after the legendary Soundgarden singer.

Of course, one of Cornell’s signature songs is the Soundgarden classic “Black Hole Sun”, a #1 rock hit that helped propel the band’s 1994 album, Superunknown, to quintuple platinum status in the United States alone.


The picture of the black hole was captured via the global Event Horizon Telescope project, thanks to a team of 200 researchers led by graduate student Katie Bouman, who helped devise an algorithm that allowed the outer-space phenomenon to be photographed.

The effort to name the black hole after Chris Cornell comes via a Change.org petition that was started by Ecuadorian fan Giuliana Jarrin. She wrote, “His music, his voice and his personality inspired, influenced, changed and even saved the lives of thousands of people. Chris left a heavy legacy for a new generation of musicians who follow in his footsteps … I ask NASA, the Event Horizon Telescope Collaboration and all the astronomers and scientists involved in this discovery, to name this black hole after Chris Cornell. This would be a ‘surreal’ and amazing way to honor his life and his contribution to music.”

As of this posting, the petition has more than 1,500 of its goal of 2,500 signatures. However, after the petition was started, the black hole has since been officially named “Powehi”, a Hawaiian phrase meaning an “embellished dark source of unending creation.” The honor of naming the black hole was given to Hawaiian language professor Larry Kimura, who was approached by the scientists involved in the project.

Cornell died almost two years ago after a Soundgarden show in Detroit, and his death was subsequently ruled a suicide by hanging. A new documentary on the grunge icon is currently being produced by actor Brad Pitt and director Peter Berg.

Last year, guitarist Kim Thayil said it was “not likely” the surviving members will perform or record as Soundgarden ever again, adding, “I don’t think that’s anything we’d give reasonable consideration to at this point”. They did participate in an all-star tribute to Cornell back in January of this year.