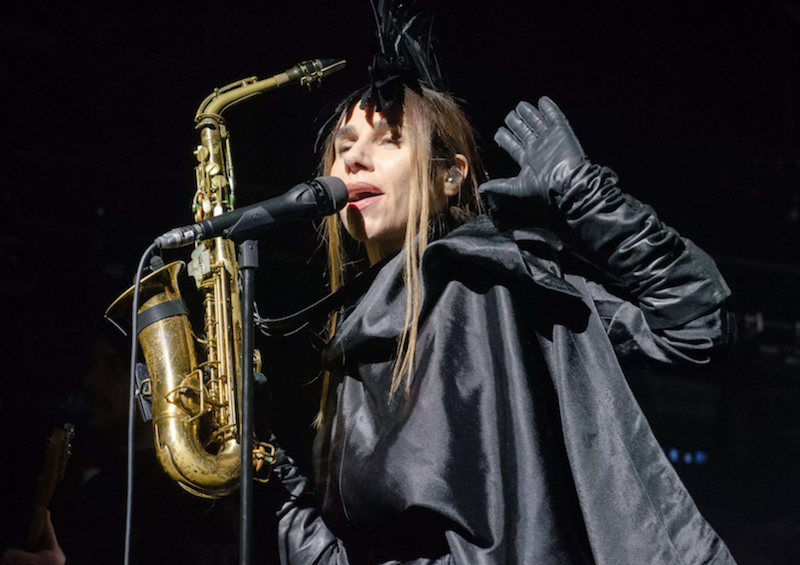 PJ Harvey recently provided music for director Ivo Van Hove’s new stage adaptation of the 1950 Oscar-winning classic All About Eve. With the play now entering the midpoint of its limited run at London’s Noël Coward Theatre, two tracks from Harvey’s score have today been shared online.

The first track is called “The Moth” and features a vocal performance from All About Ever star Lily James. James’ voice coos through the thick gothic air of Harvey’s composition, a song that actually feels constrained for the Hope Six Demolition Project singer-songwriter yet still retains her particular art-rock style. The instrumental “Descending”, meanwhile, utilizes falling synth notes and a drum section that builds a surprising groove to create a hypnotic soundscape.

Check out both songs below.

Speaking of the score in a statement, PJ Harvey said,

“I have always loved stories, and so to compose music to support and enhance a story being told is a challenge I enjoy. I also love the freedom that working instrumentally can give me without the constraints of song form.

For All About Eve I chose to work with my long-time collaborator James Johnston as he has a soulfulness and sensitivity to his playing that inspires me. I also worked with Kenrick Rowe who has a versatility to his drumming I knew I could experiment with until I found what was right.”

The All About Eve soundtrack is due out April 12th via Lakeshore/Invada; pre-orders are going on now. The play’s other star, Gillian Anderson, also has a vocal performance on a track called “The Sandman”. Find the full tracklist and cover art below.

Harvey’s last record was 2016’s Hope Six Demolition Project, which you can pick u on vinyl along with her other past releases here.

All About Eve OST Artwork: