Following up on their 2017 debut album, Greatest Hits 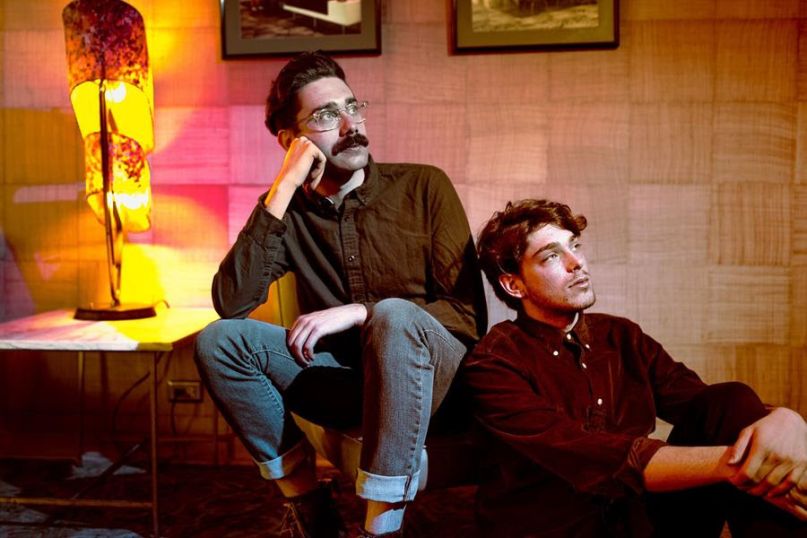 Due out on May 31st via Epitaph, Natural, Everyday Degradation finds brothers Erik and Stephen Paulson refining Remo Drive’s sound. Where Greatest Hits amounted to an enthusiastic but, at points, naive collection, the new LP promises “a sturdier brand of indie-rock” produced by Joe Reinhart and mixed by Peter Katis. The group has also furthered their scope for their forthcoming release, evolving Greatest Hits’ suburban perspective into a more comprehensive point of view born from touring and time.

To preview the album, Remo Drive have dropped a pair of sample tracks, “Two Bux” and “The Grind”. The former is more reflective, with the song frequently opening into melodic expanses juxtaposed with grumbling bass and heavier refrains. Explained Erik Paulson,

“‘Two Bux’ is about coming of age, moral conflict, and guilt. At some point in most people’s lives, they decide they would like to try some of the things their childhood rulebook would not allow. These experiences have the power to be both pleasurable and confusing. More often than not, it is some combination of both.”

On the other hand, “The Grind” is energetic, with prominent guitar riffs throughout. Added Paulson,

“This song is about the tensions of being in a band written in the style of a love song. Creating music, traveling, and performing are, in their center, nearly identical to the things that make romantic, familial, and platonic relationships so impactful. The aforementioned experiences are also the same things that make these relationships so difficult. It felt natural and cathartic to tie these ideas together by way of a song.”

Listen to both new tracks below.

Remo Drive will support the new album with a North American summer tour. The outing kicks off at the end of May in the Midwest and spans until the start of July. Check out the group’s upcoming tour dates, and get tickets here.