Sepultura respond to Lebanon ban, arrange stream of Dubai show for fans who missed out 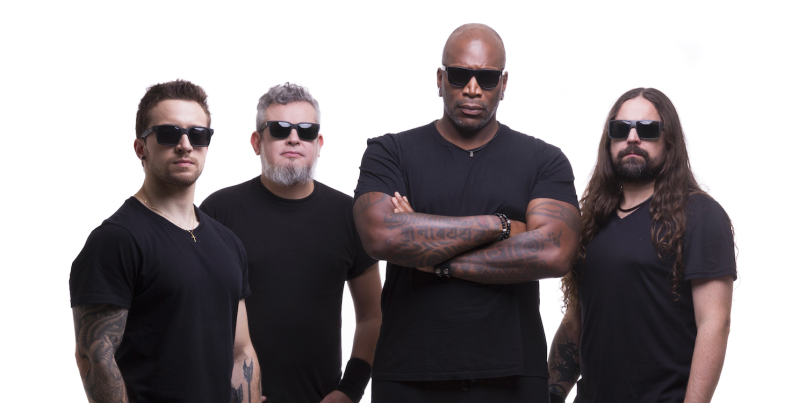 Recently, we reported that Sepultura had to cancel a scheduled performance in Beirut, Lebanon, after officials in that country refused to grant visas for the band and its crew.

The show’s promoter, Skull Session, explained in a Facebook post, “We were told that the issue is delicate as it relates to insulting Christianity, that the band members are devil worshipers, that they held a concert in Israel, that they filmed a video clip supporting Israel, and that the decision was issued by the head of the General Security Forces.”

The promoter went on to say that the “accusations are totally untrue”, explaining that Sepultura once filmed a video for the song “Territory” in Israel and Palestine, and that may have triggered the General Security Forces’ decision.

Yesterday, the band finally made a formal announcement about the canceled show and have found a way to let their Lebanese fans enjoy a live Sepultura performance.

On the group’s Facebook page, Sepultura responded to the ban with the following statement, and revealed that they will stream their Thursday (May 2nd) performance in Dubai for fans who missed out on the Lebanon show:

On behalf of Sepultura and staff, we would like to express to our public in Beirut our deep dissatisfaction with the situation to which we were submitted by the general security office which resulted in the cancellation of our show that would take place yesterday (Sunday, April 28th) at The Palace.

In 35 years of history, it was the first time we had our entry blocked in a country by a false interpretation of our purposes and values since our intention has always been to promote unity and freedom of expression through music, without making any political, racial or religious distinction.

To try to compensate everyone who, like us, are frustrated with what happened, we would like to invite you to watch the live broadcast of our upcoming Dubai concert on May 2 in honor of all Sepultura Lebanese fans who could not watch us in person.

The Dubai show will stream via the band’s YouTube channel and is set to kick off at 10 p.m. local time in Lebanon (3 p.m. ET).

The show in Dubai is only one of a handful of remaining concerts on Sepultura’s current itinerary. The band plays tonight (April 30) in Turkey at the IF Performance Hall Beşiktaş in Istanbul, and will be making appearances on July 26th at Festival Les Escales in Saint-Nazaire, France, on August 3rd at Juergas Rock in Almería, Spain, and on October 4th at Rock In Rio in their home country of Brazil.