Moody rendition comes ahead of the British rapper's debut album 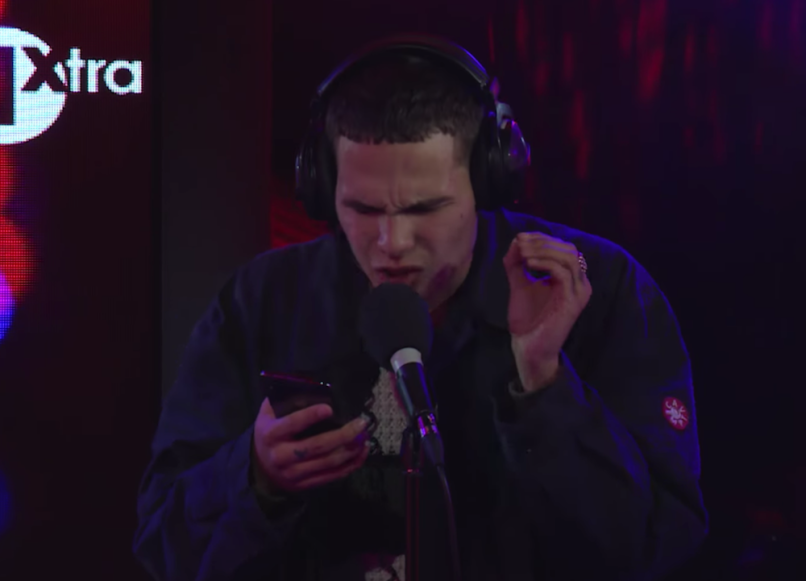 The following months will be crucial for promising British rapper slowthai. Along with the release of his debut album, Nothing Great About Britain, the UK native is expected to cross the pond for his first-ever US shows.

In anticipation, slowthai recorded a two-song set as part of BBC Radio 1Xtra’s Hot For 2019 live series. The 24-year-old MC performed the lead single from his new album, “Gorgeous”, but the real highlight came when he covered the Portishead single “Glory Box”.

slowthai made the Dummy track his own, unfurling pointed bars over the 1994 original’s moody melodies. He was accompanied by guest musicians Kamaal Williams and Grace Acladna.

Watch the “Glory Box” cover below. Stream the entire session over on BBC Radio 1’s website.

Nothing Great About Britain arrives May 17th via True Panther/Method Records. It will include contributions from fellow grime artist Skepta and producers Mura Masa and Slaves.

slowthai is expected to play a number of festivals in addition to his American debut gigs. Grab tickets to all his upcoming shows here. He’s also in the process of booking a very cheap tour, whose tickets will cost no more than 99p (roughly $1.30 USD).

the 99p tour 🎫 go to https://t.co/g45DQn0b5B and lemme know where you want me to come!!! let’s av a fuckin party. tickets will be 99p pic.twitter.com/LXfOTULAkT