YoUr FaVoriTe InTerNet MeMeS haVe BeEn BroUgHt to ReaL liFe 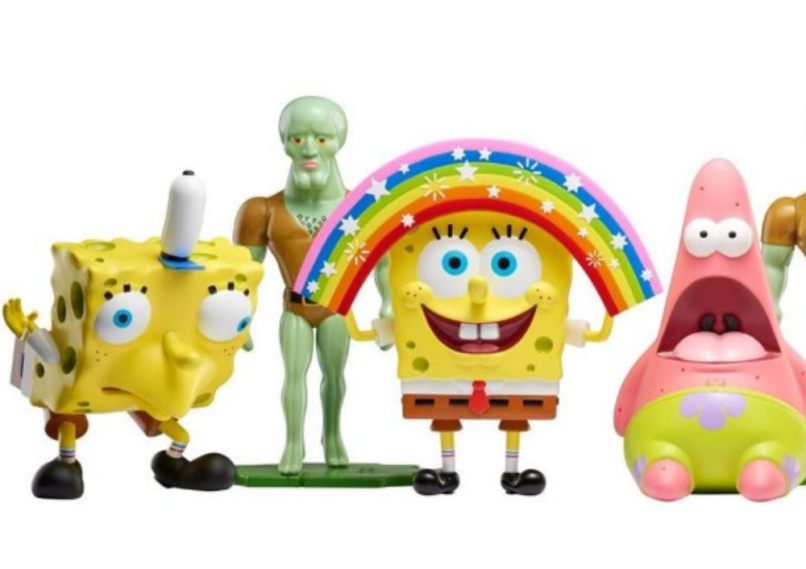 Believe it or not, SpongeBob Squarepants officially turns 20 this May. To celebrate the milestone anniversary, Nickelodeon has released new toy figurines based on some of the most popular SpongeBob memes.

Yes, the internet meme culture has been brought to real life thanks to the “SpongeBob SquarePants Masterpiece Memes” collection, which boasts five different 8-inch meme figures. There’s Imaginaaation SpongeBob, complete with shimmering rainbow; the toothy SpongeGar; and my personal favorite in Mocking SpongeBob. Additionally, the jaw-dropped Surprise Patrick is included, as well as two versions of Handsome Squidward.

Each 8-inch piece is sold individually and priced at $21.99 on Amazon.  At the time of publishing, most appear to unfortunately be temporarily out of stock.

While waiting for a restock,  cHecK ouT PhotOs oF thE pRizEd CoLLeCtiBLeS BeLow.

Good guy @NickAnimation embracing the wonderful SpongeBob memes and making toys I now plan to buy instead of trying to shut it down. *other companies*: MeMe'S cAn HuRt YoUr BrAnD tHoUgH pic.twitter.com/XcsVD3jwdI