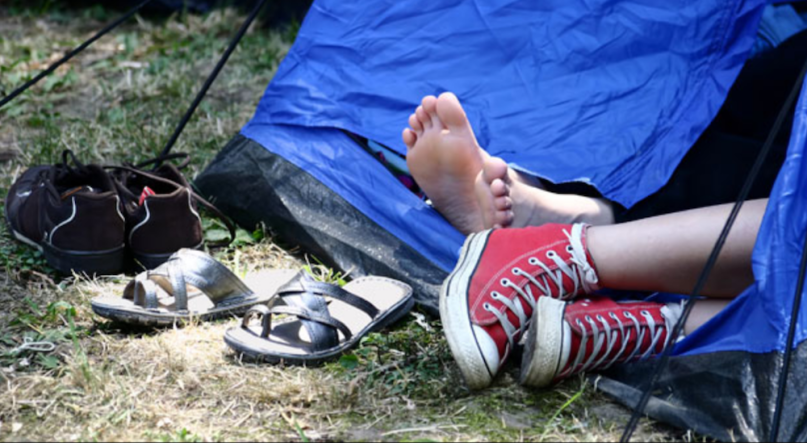 Just like its big sister festival Coachella, country music festival Stagecoach had a big surprise guest over the weekend. No, it wasn’t Lil Nas X (though he did show up alongside Billy Ray Cyrus); it was herpes, a guest that surprised over 100 unlucky festival attendees.

According to the online Herpes diagnosis and treatment website HerpAlert, there was a spike in the area of people who suspected they had herpes during the weekend of Stagecoach. In total, the website saw 114 cases reported in Palm Desert, Coachella Valley, and Indio.

That might not seem like much given how many people flock to those areas for a festival like Stagecoach. But for scale, HerpAlert usually handles 12 cases a day… in all of Southern California.

All things said, the Stagecoach herpes outbreak wasn’t nearly as bad as the Coachella herpes outbreak. HerpAlert saw over 250 cases reported in those same regions during the first weekend of Coachella. By the end of the festival, HerpAlert reportedly diagnosed 1,105 herpes cases in Southern California (including Indio, Palm Desert, Coachella Valley, Los Angeles, Orange, and San Diego counties, regions where many festival goers reside). Of course, giving the incubation period for HSV-1 can be up to 12 days, its possible some of those Stagecoach-connected reports were actually Coachella ticket holders.

It’s worth noting that HerpAlert is only two years old and, unfortunately, herpes is a very common virus. The goal of the site is to make getting diagnosed less awkward and complicated. Users can upload photos of their infections for doctors to diagnosis. Just hours after reviewing them, medical professionals can issue prescriptions to pharmacies to treat it.

Update: Speaking with Billboard, health professionals and representatives from HerpAlert have couched the reports of an “outbreak” in deeper detail. According to Jose Arballo, public information officer for the Riverside Department of Public Health (which overseas an area that includes Coachella) none of the relevant labs or disease control centers reported an increase in herpes. Timing is a particular issue, as even HerpAlert’s medical director, Lynn Marie Morski, notes that it’s likely many of the apps reports were people “coming to get medication to treat and prevent flares.” She added, “We see it as people deciding to take proactive care of their health and the health of those they may interact with over the weekend.”

“We do not have a number of diagnosed new cases, as sometimes we cannot determine via their history and photos, so we have to advise they see a provider in person,” Morski concluded. In fact, herpes is so common and relatively simple that one official from the Los Angeles County Department of Public Health told Billboard the STD “is not a reportable disease…”

After all of this, it’s starting to look like that influencer who faked going to Coachella had the right idea all along.