J.J. Abrams to produce the limited series for Apple TV+ 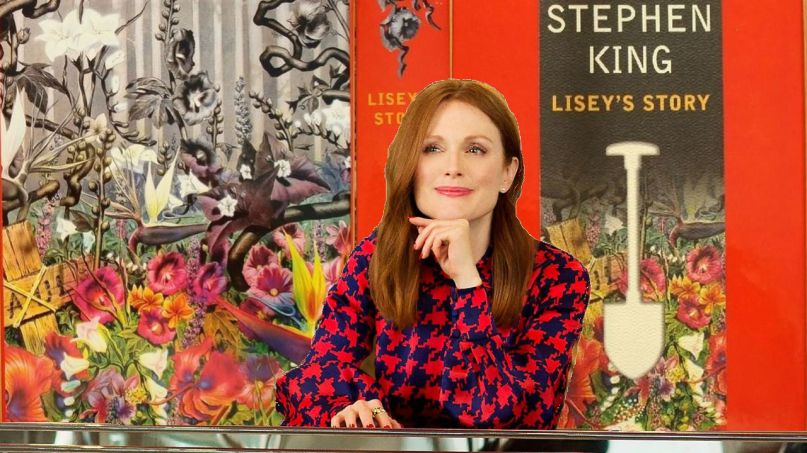 Apple is staking a claim in the Stephen King renaissance.

According to The Hollywood Reporter, JJ Abrams and Bad Robot are turning King’s 2006 best-selling novel Lisey’s Story into a limited series event for Apple TV+. Oscar winner Julianne Moore will star as the titular lead with King returning to television and writing all eight episodes.

Inspired by King’s near-death experience in 1999, the novel tells the story of the titular widow, who’s coming to grips with the sudden loss of her husband and the realities and revelations that come with those harrowing meditations. It’s often been described a romantic horror thriller.

The series marks the third project that Abrams is developing for Apple TV+. As previously reported, Abrams is teaming up with Sara Bareilles for Little Voice, and also reuniting with Alias’ Jennifer Garner for an adaptation of the 2017 memoir My Glory Was I Had Such Friends.

This is also the third King adaptation for Abrams, following Hulu’s exceptional 2016 adaptation of 11.22.63, starring James Franco, and their ensuing anthology series Castle Rock, which returns for a second second ostensibly later this year or early 2020. Moore is also no stranger to King, having starred as Margaret White in the 2013 remake of Carrie.

It’s a busy world in King’s dominion. Lisey’s Story is just one of two dozen projects percolating on the horizon. Stay tuned to The Losers’ Club, our weekly Stephen King podcast to keep tabs on all the headlines that serve the beam. Stream their recent review of Pet Sematary below.