"I would honestly cut off my own hands," he says of any potential royal honors 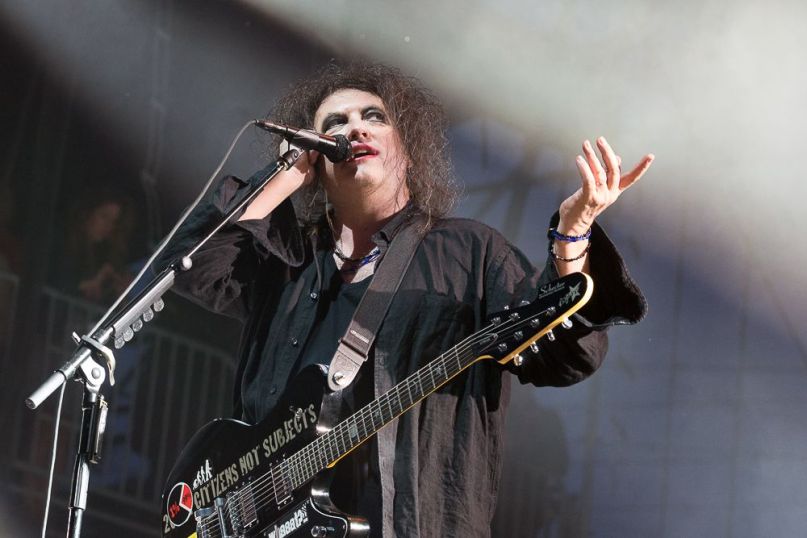 The Cure‘s Robert Smith has a way with words, and he’s hardly one to stand on ceremony. That’s why we’re not the least bit surprised to hear his wicked tongue in this newly resurfaced interview in which he strips down the monarchy.

Dating back to 2012, the frontman goes off on the Royal Family while speaking to Telerama.fr, digressing on their history of privilege and what he’d do if he ever had the opportunity to get knighted. Needless to say, he wouldn’t attend that ceremony.

“Any kind of hereditary privilege, it’s just wrong,” he exclaimed. “It’s not just anti-democracy, it’s just inherently wrong. What upsets me, is that some people who I’ve actually admired down the years, get offered a reward by the Royal Family, by the hereditary monarchy, and they take it, and they become Lord or Sir.”

Ah, but here’s the kicker: “Honestly, if I ever accepted, and I’m never going to get one, I would honestly cut off my own hands before I did that. Because how dare they presume that they could give me an honour. I’m much better than them, they’ve never done anything, they’re fucking idiots.”

Contrary to the monarchy, Smith is doing a lot these days. In addition to working on a new album, he’s confirmed a Disintergration anniversary show and has major headlining gigs at Glastonbury, Fuji Rock, and other festivals. Goth save the King.

Previous Story
Sting and Jimmy Fallon wear spacesuits and parody The Police’s “Walking on the Moon”: Watch
Next Story
Chris Brown goes after CHVRCHES: “These are the type of people I wish walked in front of a speeding bus”
Popular
More Stories
[fu-upload-form form_layout="media" title="Submit Your Photo"][input type="hidden" name="ugc" value="1"][/fu-upload-form]