The Fifth Dimension untangles the latest episode's web of deception 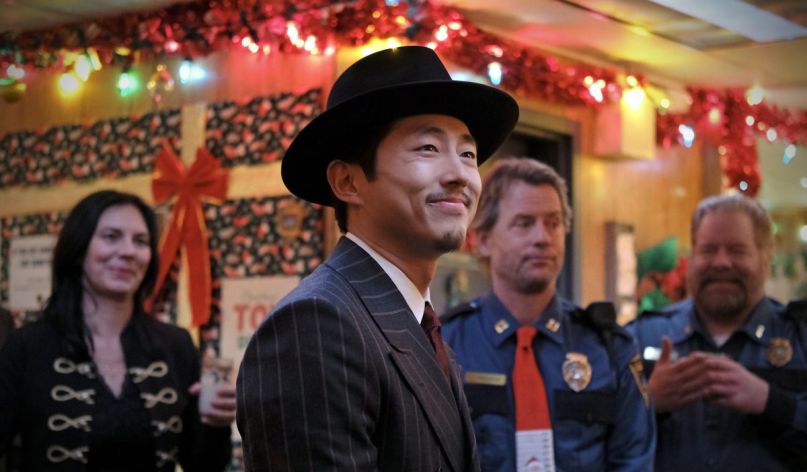 Steven Yeun in The Twilight Zone (CBS All Access)

“The truth can take on many different forms … depending on how you look at it.”

Greetings travelers, The Fifth Dimension tumbles further into Jordan Peele’s The Twilight Zone. The latest stop is Iglaak, Alaska (pop. 936), where the fabric of truth unravels as extraterrestrial danger looms in a tale titled “A Traveler”.

Our subject in this episode is Yuka (Marika Sila), an Alaskan state trooper working a job she hates for a boss she loathes (Greg Kinnear). But when a special party crasher (Steven Yeun) arrives for the town’s annual Christmas festivities, Yuka has to look inward and decide whose side she’s really on.

Stream the episode above and be sure to rate and review us on your preferred platform. Then stay tuned next week for “The Wunderkind”, the fifth episode of the new revival starring Jakob Tremblay and John Cho.

–Previously on The Fifth Dimension: Jordan Peele’s The Twilight Zone Stalked a Mother and Son on Their Way to College in “Replay”.