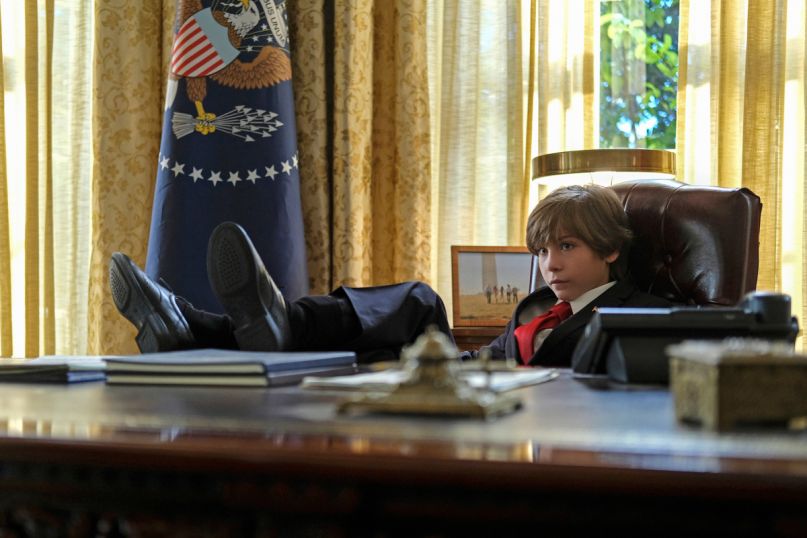 Jakob Tremblay in The Twilight Zone (CBS All Access)

“Razzle and dazzle people with the right lies, and eventually they’ll go blind to the madness right in front of their faces.”

Greetings travelers, The Fifth Dimension tumbles further into Jordan Peele’s The Twilight Zone. The latest stop is 1600 Pennsylvania Avenue, The White House, where an elected official not even old enough to vote threatens to turn democracy on its head in a tale titled “The Wunderkind”.

Our subject in this episode is Raff Hanks (John Cho), a down-on-his-luck campaign manager who seeks redemption by getting 11-year-old YouTube sensation Oliver Foley (Jakob Tremblay) elected President of the United States of America. But when the young commander-in-chief begins showing signs of recklessness, the former wunderkind must decide whether or not the current wunderkind is fit to rule.

Stream the episode above and be sure to rate and review us on your preferred platform. Then stay tuned next week for “Six Degrees of Freedom”, the sixth episode of the new revival starring Jessica Williams and DeWanda Wise.

–Previously on The Fifth Dimension: Jordan Peele’s The Twilight Zone Brings The X-Files to a Small Town in Alaska