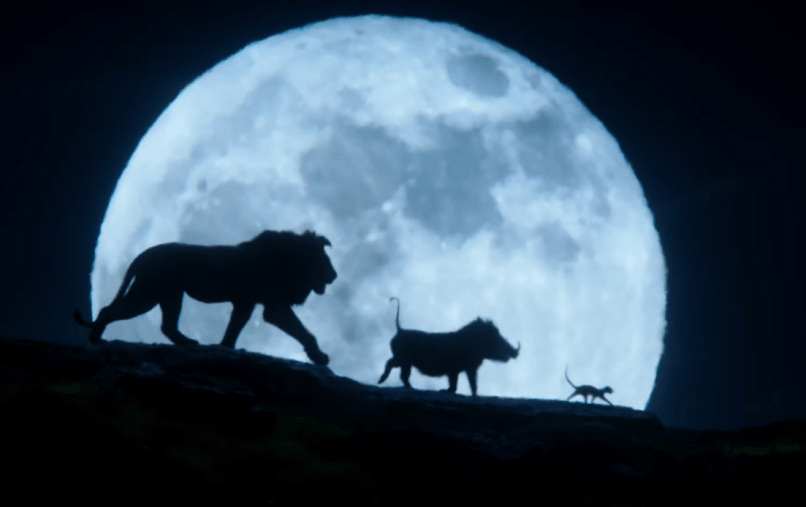 Disney has unveiled a new trailer for its upcoming remake of The Lion King. The Jon Favreau-directed film stars Donald Glover and Beyoncé as Simba and Nala, respectively, and James Earl Jones returns to voice Simba’s father, Mufasa. Other notable cast members include John Oliver as Zazu, Chiwetel Ejiofor as Scar, Billy Eichner and Seth Rogen as Timon and Pumbaa, and Eric Andre and Keegan-Michael Key as the hyenas. Beyoncé, Elton John, and Hans Zimmer all contributed to the film’s soundtrack.

Similar to the film’s previous teaser trailer, today’s preview recreates many scenes from the 1994 animated classic, with Jones providing the narration. This time, however, we also get our first glimpses at Beyoncé’s Nala, Ejiofor’s Scar, and Oliver’s Zazu. Plus, Eichner and Rogen treat us to an all-too-brief rendition of “The Lion Sleeps Tonight”. Watch it below.

The Lion King hits theaters July 19th, 2019, and you can expect it to make a whole lot of money.