The Shrine bring the heavy and catchy on new song “Dance on a Razor’s Edge”: Stream 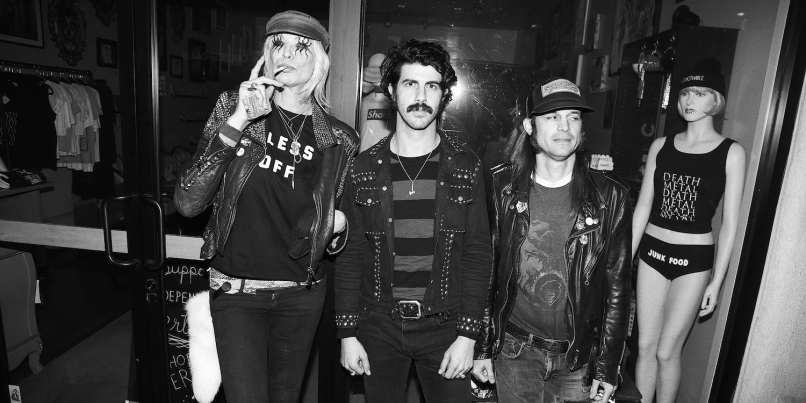 The Shrine are back with a new bassist and an upcoming EP titled Cruel World, and they’ve teamed up with Heavy Consequence for the exclusive premiere of the track “Dance on a Razor’s Edge” (listen below).

The Los Angeles outfit combines elements of hard rock, punk, metal, psychedelic, garage rock and more for a powerful sound that’s both heavy and catchy, as heard on “Dance on a Razor’s Edge”. The track is one of four songs on the Cruel World EP, which arrives May 3rd via Eliminator Records.

The band has welcomed onetime Nashville Pussy bassist Corey Parks into the group, which is rounded out by frontman Josh Landau and drummer Jeffrey Murray. “We had jammed with Corey before on a Motörhead cover, and she actually took me to hang out with Lemmy in the studio during their final album,” Landau says. “There isn’t anyone else we could imagine doing The Shrine with other than Corey now. She brings a touch of class, charisma, and fire to the stage that pushes our chemistry into a whole new epic realm.”

The Shrine have already had some high profile gigs, performing on Norman Reedus’ AMC show Ride, and headlining artist Shepard Fairey’s “Damaged” art show in Los Angeles. They’ll celebrate the release of Cruel World with April gigs in L.A., Toronto, and New York, before embarking on a European tour. See the full list of dates below, and pre-order the Cruel World EP at this location.