The Walking Dead to get yet another spinoff series 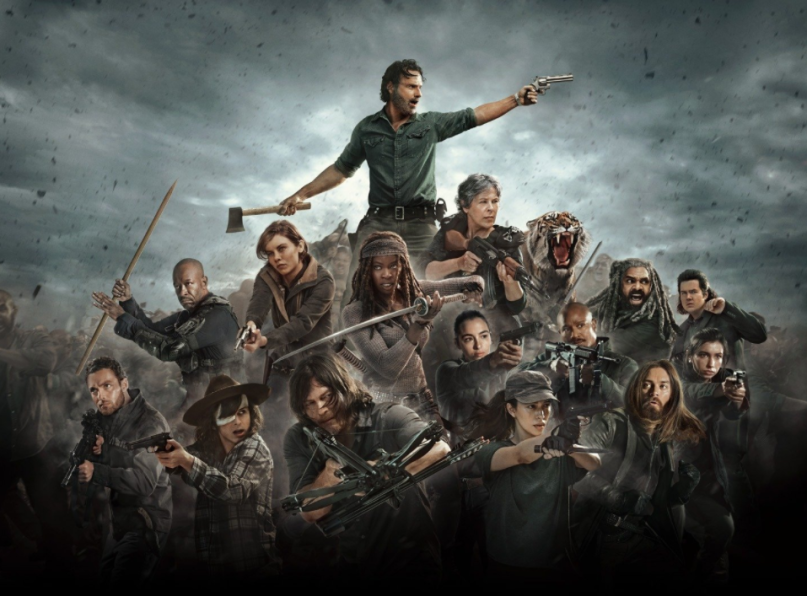 You’d think with sagging ratings and stars jumping ship that AMC would start moving away from the zombie business. Wrong. This morning, the network announced plans for yet another spinoff series set in the world of The Walking Dead.

There’s no title yet, but AMC has ordered 10 episodes of the new series conceived by former showrunner (and current franchise chief content officer) Scott M. Gimple and flagship writer Matt Negrete, who will serve as a showrunner.

“I’m beyond excited to be a part of this new show set in The Walking Dead universe,” Negrete said. “Writing and producing for the original series has been the job of a lifetime and I’m honored to be working with Scott and all the fine Dead folks at AMC in this new capacity. I can’t wait for the fans of the franchise to see what we’ve been cooking up!”

“Showing audiences an unseen pocket of The Walking Dead universe steeped in a new mythology is a very cool way to celebrate a Decade of the Dead on TV and over 15 years of [creator] Robert Kirkman’s brilliant comic,” Gimple said. “Matt Negrete is one of the best writer-producers in TWD’s long history — I’m thrilled to be working beside him to tell stories unlike we’ve seen before, taking our first step into an even larger world.”

(Read: The Walking Dead and Why It’s Time to Bury the Zombies)

According to The Hollywood Reporter, the series will focus on the first generation to grow up in the apocalypse, specifically through the eyes of two female heroes. Here’s a more formal logline: “Some will become heroes. Some will become villains. In the end, all of them will be changed forever. Grown-up and cemented in their identities, both good and bad.”

Production begins this summer in Virginia — a departure from Atlanta, where the original series shoots, and Los Angeles, Canada, Baja and Texas, where Fear the Walking Dead shoots — for a 2020 premiere on AMC.

It’s a curious decision for the network, seeing how the series continues to sink in the ratings, but not exactly unwarranted. Despite this dip, both The Walking Dead and Fear… rank as the No. 1 and No. 4 cable dramas among adults 18-49 with three days of DVR returns.

Still, we’re not entirely sure that warrants such an expansion. Because, now with this new spinoff, the franchise will have three scripted series in rotation, in addition to the three previously reported movies starring original series star Andrew Lincoln.

The rot is strong with this one.