The Cranberries Deliver a Lovely Final Statement with In the End 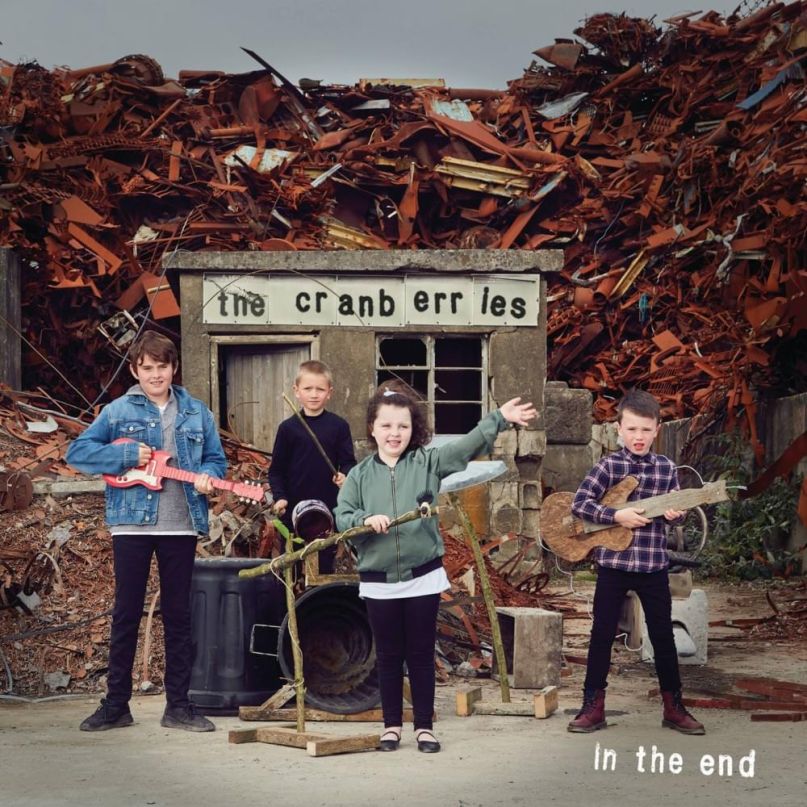 The Lowdown: The 2018 death of Cranberries singer Dolores O’Riordan triggered an international outpouring of grief as fans around the world mourned the loss of the singular voice behind inescapable ’90s hits including “Dreams”, “Linger”, and “Zombie”. The loss of O’Riordan also set off a new round of critical reappraisals as a new generation of listeners rediscovered the subtle artistic depth underpinning commercial smashes like Everybody Else Is Doing It, So Why Can’t We? (which we praised for its “romantic confessionalism” and “atmospheric dream-pop brooding”). Into that conversation now comes In the End, The Cranberries’ eighth and final studio album. Completed using demos recorded by O’Riordan before her death and released in the band’s 30th anniversary year, the record functions as both a memorial for the singer and a capstone on the work that made her band beloved.

The Good: Give full credit to O’Riordan’s innate talents (as well as the deft production choices of longtime Cranberries collaborator Stephen Street): if you didn’t know that the vocal performances on In the End came from demos, you probably wouldn’t find anything to tip you off on the final product. Aside from bringing in some light reinforcement from backing vocalist Johanna Cranitch, Street mostly lets the record serve as a showcase for O’Riordan’s still-formidable voice, as well as the moody mid-tempo alternative that once sparked label bidding wars. At their best, the songs of In the End find a way to nod to the past while recognizing the realities of the present. “Got It” half-quotes the propulsive intro of “Dreams” before offering a world-weary meditation on what happens after the wish comes true. “Wake Me When It’s Over” simmers with the same tension as “Zombie” but turns its focus away from the original’s condemnation of sectarian violence and towards an inner turmoil given extra heft by the smoky sharpness that’s crept onto the margins of O’Riordan’s voice.

Even without the sad circumstances under which it was completed, In the End is more bitter than sweet, with O’Riordan’s lyrics dwelling on the mistakes, heartaches, and regrets that make that impulse to look backwards tempting but ultimately futile. Under the weight of such heavy themes, many records might start to sink. In the End is saved from such a fate by load-bearing performances from the rest of The Cranberries. From Noel Hogan’s delicately dreaming guitar work on “A Place I Know” to Mike Hogan and Fergal Lawler’s storm-cloud rhythm section on “Lost”, each one gets a moment behind the wheel. Perhaps the most complete performance here comes at the very end, on the quietly uplifting (and seemingly prophetic) “In the End”, whose folk-tinged tale of release from worldly cares is as unflashy as it is devastating.

The Bad: The work of The Cranberries has always felt like reading the diary of Dolores from Limerick, but sometimes the music here gets lost between memorializing its creator and giving a living voice to her final acts of introspection. Sometimes, that’s on the production; Street’s always been a master of the shimmering jangle, but his work here sometimes feels more mournful and muddied than the material warrants. That also impacts the record’s energy level; things begin to flag on the record’s back half and don’t really pick up again until the album’s closing moments. Mostly, these relatively minor gripes come from a profound sense of loss; listening to In the End, it’s difficult not to wonder how the material here might’ve evolved through O’Riordan’s continued input, or how the arrangements might’ve brightened up if their players weren’t tasked with creating both a record and a memorial. Though the record is presented as the band’s career summation, and the songs within shine with undeniably professional polish, In the End still comes with a stubborn sense of unfinished business.

The Verdict: Although the end of The Cranberries’ time together came through circumstances beyond their control, the band’s remaining members still managed to deliver a lovely final statement, one that honors their shared legacy as unlikely alternative rock giants while simultaneously exploring the post-fame disquiet that O’Riordan grappled with until the end. Though not perfect, In the End is a reminder of the smoldering vulnerability that earned The Cranberries their initial fame and a testament to why they’ll be remembered long after they’re gone.