Tyler, the Creator Blossoms on the Masterful IGOR 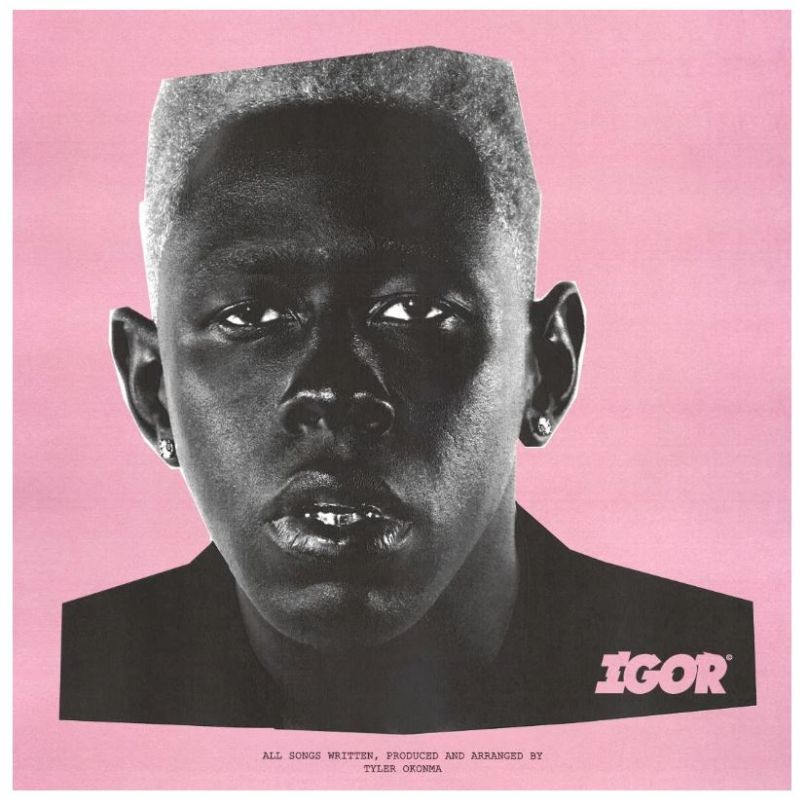 The Lowdown: Following Tyler, the Creator’s metamorphosis from a cockroach-vomiting goblin to a flowering, introspective songwriter has been one of the decade’s true treats. With each record, Tyler has become more focused, honing his production skills and discovering that the art of crafting albums is more rewarding than shock value and banger clout. This growth culminated in 2017’s Flower Boy, an album many believed to be a career-defining effort filled with lush orchestrations and intimate examinations of loneliness and sexuality. Flower Boy offered Tyler an open door to a better present where he could live his best life. However, as Tyler chronicles on his 2019 masterpiece, IGOR, the present isn’t always paradise, and love is more complicated than our daydream idealizations.

The Good: To effectively convey the narrative themes of IGOR, Tyler produced and composed every moment of every track with Kubrickian precision. No buzzing synth line, dizzying arpeggio, or blanketing jazz chord lacks purpose but instead serves to drown the listener in Tyler’s emotional arc from lovestruck (“Earfquake”) to anxious (“Running Out of Time”) to brokenhearted (“Thank You”), and finally, to finding closure (“Are We Still Friends?”).


While the harmonic soulfulness expressed on IGOR is among the best in hip-hop, Tyler’s choice to manipulate vocal pitches for the majority of the album is one of the record’s boldest and most rewarding elements. While Tyler remains in dreamy limbo, captive to his lover’s puppeteering allure, his high-pitched vocals denote a naiveté and childlike dependence that keeps him chasing after the very person he wants to run from. It’s not until Tyler declares, “Turn my lights on … I got my eyes open / Now I see the light” on “What’s Good?” that we finally hear the natural, brooding voice we’ve grown accustomed to, signaling Tyler’s return to self.

Igor proves a further blossoming of Tyler’s self-confidence. Though rap has been his bread and butter over several albums, this album prominently features a vulnerable Tyler instead singing and sharing the mic with phenomenal collaborators for a good portion of the runtime. Solange, Playboi Carti, Kanye West, Cee Lo Green, Jack White, and many more offer their voices to enrich Igor’s enrapturing tapestry without jockeying for the spotlight. The collaborative excellence of the album demonstrates Tyler’s embrace of an important lesson — art created by a community of trustworthy voices will always have greater potential than that of just a Lone Wolf.

The Bad: On IGOR, the whole is certainly greater than the sum of its parts. Many listeners who go to Tyler for rap bangers and standout single tracks may be disappointed by the lack of playlist fodder. However, this was never the intent for IGOR, which is a decidedly stronger album for valuing narrative over accessibility.

The Verdict: IGOR is an album of subverted expectations, both for Tyler and his listeners. For Tyler, the hopeful door he had opened previously on Flower Boy turned out to be another source of loneliness and heartbreak. However, as Jerrod Carmichael counsels on “New Magic Wand”, “Sometimes you gotta close a door to open a window.” Tyler does precisely this on IGOR. By closing the door on the philosophies and musical approaches he used to take, Tyler discovers an open window, leading him to new, peaceful strength and mastery of his craft.

Essential Tracks: “Earfquake”, “Gone, Gone / Thank You”, and “Are We Still Friends?”