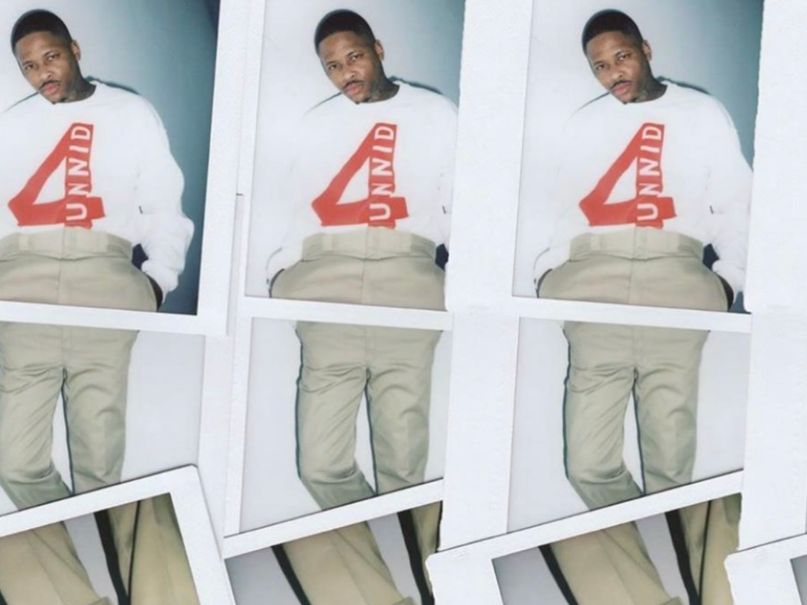 The Lowdown: Nearly a month removed from its scheduled release date, YG’s fourth studio album, 4Real 4Real, arrives after a delay issued in response to the untimely passing of his friend and mentor Nipsey Hussle. 4Real 4Real follows uptempo lead singles “Stop Snitchin” and the Latin-inspired “Go Loko” — a nod to YG’s abiding respect for Los Angeles’ Chicano culture that is as likely to rule summer as it is ripe for a tequila campaign. The track also summons his 2014 debut studio album, My Krazy Life; the title of the release was a play on the name of the 1993 feature film Mi Vida Loca, which placed a spotlight on gang culture in metro Los Angeles.

That culture — the good, the bad, the ugly, and his lumbering, oft-reluctant ascent from the negative trappings of it — is what dictates the tone and trajectory of YG’s 4Real 4Real. Fueled by power and paranoia, the rapper’s latest is two albums removed from a 2015 shooting that left him wounded and arguably more of a beast than he was prior. Appointing himself to the modern Rushmore of Angeleno gangsta rap at the outset, YG reprises the hard-driving tempo of 2016’s Still Brazy and his 2018 album, Stay Dangerous, while leaning into introspection on songs like “Hard Bottoms & White Socks”, “Keshia Had a Baby”, “Heart to Heart”, and “Her Story”, which finds him gracious in ceding the spotlight to collaborator Day Sulan.

The Good: Though abrupt endings and a lack of smooth transitions between tracks makes the material tough to consume at points, the thing that YG’s 4Real 4Real does best is slap. Much less unctuous and heavy-handed than foundational west coast classics, YG and DJ Mustard’s take on the sound is noticeably crisp and minimal without sacrificing the ticking percussion and muddy bass undergirding its Cali predecessors. The hardest-hitting instrument on 4Real 4Real, however, is YG’s voice. Singular in its delicate balance of hubris and joviality, his delivery provides the sharp punctuation to production that is worthy of praise for maintaining a consistent level of craft and being impossibly catchy, if not necessarily the most exciting the rap world has ever heard.

There is no wild sample manipulation to dazzle beat fanatics. 4Real 4Real avoids the cavalcade of session musicians and intricate arrangements that have fortified releases from his Bompton contemporary Kendrick Lamar. Instead, the most evocative and lush moments pair spare, futuristic takes on trunk production with YG’s chest-beating savagery. Longstanding creative relationships with dedicated collaborators reach the point of maturation as YG hits his stride alongside Mustard, Hit Boy, and others on effervescent bangers like “Bottle Service”, “In the Dark”, the G-Eazy- and Kamaiyah-assisted “Do Not Disturb”, and the red cup bounce “Do Yo Dance”, which is perfected by a feature from Ty Dolla $ign. Buoyed by those forces, 4Real 4Real is a delayed album that feels right on time.

The Bad: Opening with Nipsey Hussle’s mantra (“The Marathon Continues”), closing with his memorial tribute to Hussle, and scrawling another nod to the slain rapper into the album artwork, YG offers himself and his artistic output as a living monument to the legacy of his friend. None of this is bad. The move is admirable. Expectations that YG will run Hussle’s marathon to the letter should end there, however, as he is not inclined to assume the rapper’s less brooding and more solution-driven approach to success. Nor does he seem inclined to relish the journey out of adversity and poverty in a manner that focuses on gratitude. The closest he gets is the Valee- and Boogie-assisted “I Was on the Block”, when he offers: “They like, YG a show-off/ I’ma throw it in your face/ I told y’all. Before the money, didn’t know y’all/ Now you on my dick so I’ma hold y’all/ Yeah, I had a meeting with Kanye/ Yeah, we had a good convo/ These was the words from Kanye/ Fuck being humble, act a asshole.”

Instead, YG trades aspiration for flexing and business acumen for busting heads. “I don’t want no rap beef/ ‘Cause I’m really gon’ slide, check my rap sheet,” YG raps on “Stop Snitchin”. Fortunately, all of the aforementioned traits are still desired in rap. The growth YG sees on 4Real 4Real is most obviously sonic and artistic. Less laser focused on outward emotional maturation or a departure from the traditional modalities for channeling rage in the streets. Less a prismatic opus that marries his journey to date with a clear cinematic arc or equally expansive production, it is a collar check for vital signs that finds the chip on YG’s shoulder the most vibrant thing about him. His acute understanding of his purpose as a translator of the city’s gang-adjacent rap aesthetic and a tangible example of success distilled from less than favorable circumstances is disrupted by a bitterness that resembles some combination of survivor’s remorse and a deep desire to chin check the universal forces he feels are antithetical to the g-code; YG zeroes in on snitching as the most egregious offense, which is likely why the similarly named anthem is the only track with double booking on the entire release.

The Verdict: 4Real 4Real carries some of the most introspective writing from YG to date. Referential of the vintage gangster style and traditions that inspire everything from his hybridized look to his politics, the album is a thumping acknowledgement of the mantle he carries not just as a pillar of modern gangsta rap but as a man who has stared down the barrel of a gun in the City of Angels and lived to tell about it. A feat that has found men of all stripes lying prematurely jettisoned and prone. The job of putting on for the underbelly of the West Coast is left to YG whether he prefers it or not. While he is not alone, he is a rapper of an echelon that is not reserved for every talent rising behind him. Lonelier at the top than usual without Hussle, YG is still one of the best suited for the task. Unsurprisingly, his buy-in occurs by the midpoint of “Hard Bottoms & White Socks” with the self-assured quip “Pac ain’t the only motherfucker with the juice…” In that moment, it becomes clear that as long as YG and rappers cut from the same cloth — the rare breed with the moxy and street credibility to back up the stories they tell and the shit they’ve talked — continue to walk the earth, the legacy of gangsta rap will remain in good hands.