Guy First auditioned with a medley of "Take on Me", "Ghostbusters", and "Eye of the Tiger" 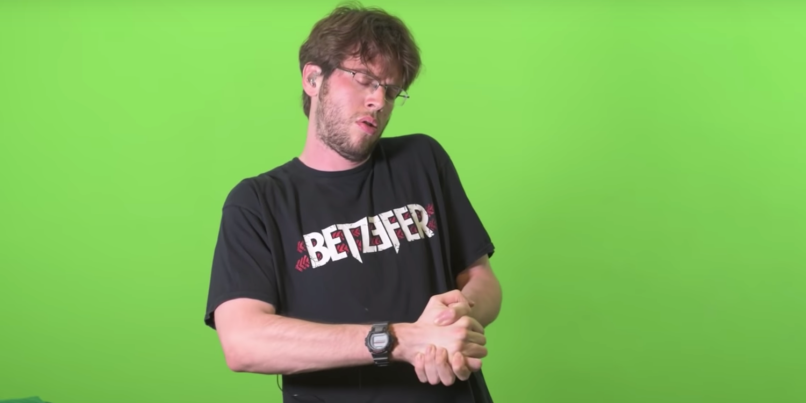 Hand-Farter Guy First, via YouTube: State of the Fart

Guy First has been hand-farting metal and rock songs for quite some time, posting his flatulent masterpieces on YouTube for several years now. His latest opus is a hand-fart rendition of the System of a Down classic “Chop Suey!” (watch below).

First takes on the System of a Down hit with aplomb, mastering both the frenetic verses and the operatic chorus. It’s quite a sight to behold, and it’s the newest masterwork on his “State of the Fart” YouTube channel, which also features hand-fart renditions of songs by Slipknot, Metallica, Iron Maiden, Mastodon, and many more. Heck, he even delivered an in-person performance for Behemoth at a record signing, causing frontman Nergal to break out his phone and record the whole thing.

But First’s talents aren’t just limited to YouTube these days. As MetalSucks points out, the Israeli hand-fartist is a current contestant on Britain’s Got Talent. For his first audition (also watch below), First didn’t go metal, instead choosing to offer flatulent versions of A-ha’s “Take on Me”, the theme from Ghostbusters and Survivor’s “Eye of the Tiger”. The epic medley gained approval from all four judges, including Simon Cowell himself, earning First a ticket to the next round.

[See Also: Daron Malakian Talks Scars on Broadway and State of System of a Down]

So, while we wait to see how fart, ahem… far, First makes it on Britain’s Got Talent, check him out performing “Chop Suey!” and the aforementioned medley in the videos below.