The Lee family came together for the screenplay of this warm, resonant period piece 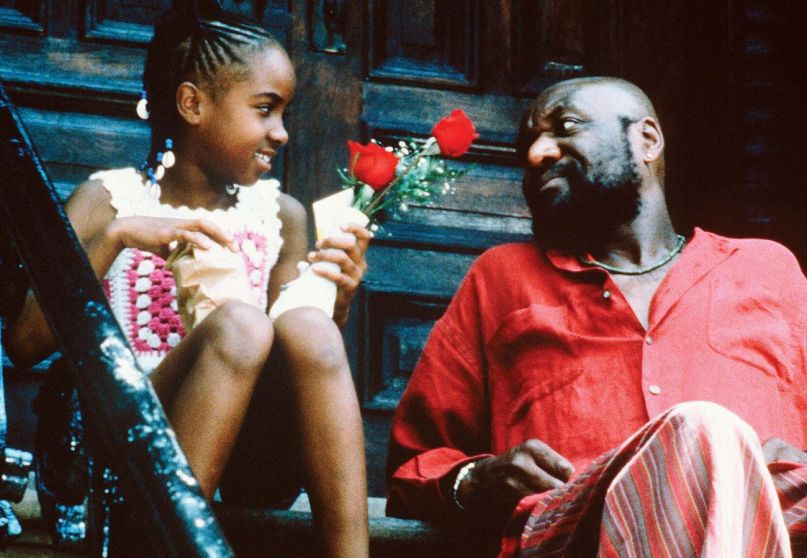 Oh, the perilous joys of nostalgia on film.

Memory is inviting. You can write and rewrite the narrative until it achieves a sort of crystalline perfection. Your best day, that first love, the purity of youth. But it’s also bittersweet, and Spike Lee’s Crooklyn is keenly aware of this. Yes, we play the hits in the jukeboxes of our minds, and convince ourselves that things weren’t so tough. But it’s okay to admit that man, things were hard sometimes.

Memory also isn’t perfect. For every game of jacks and goofy hangout with your friends, there’s always some kind underlying struggle that memories tend to gloss over. And oddly enough, some of those little tragedies – hurt feelings, gross dinners, and other losses – become unreal. “That happened?” It did, just maybe not in the exact way you recall it. Distance has a way of dramatizing things, and Crooklyn gets it.

Perhaps the director’s most sympathetic effort to date, Crooklyn turns 25 this week, and even in a career filled with classics (and comparatively low praise in the awards and box office departments), this one still feels significantly under-praised. It’s his Grand Budapest Hotel, his Amarcord, his American Graffiti. This is his remembrance and youth film, tied together into a welcoming and complex work of hangout nostalgia. The life of Troy in the summer of 1973, and everything that came with age. Come back to Spike and Joie Susannah Lee’s Crooklyn.

Brooklyn’s hot summer days in ‘73 are viewed through nine-year-old Troy Carmichael (Zelda Harris). Troy is a riff on Spike’s real-life sister Joie, who made her screenwriting debut here (working with Spike and their brother Cinqué Lee). She’s a tomboy-ish adolescent, and immensely likable. She’s the only girl among a cadre of rambunctious brothers, but she more than holds her own. When her older brother smacks her in the face with ice cream, the joke’s on him – Troy bought that ice cream with his rare coin collection. When forced to apologize to a local tattletale, even though she’s totally right and the boy is being a punk to her, she gets him back. Water bucket from top of the stoop? Masterful comeuppance.

On its face, Crooklyn is a funny and modestly edgy family movie. Troy isn’t a passive observer; she’s defining and defending her world. We’re invited into the strange things that happen when you’re trying to make sense of the world at a young age. It’s the director’s take on the crazy summer movie: a series of odd events, and important moments. It’s an evocation of times past, distorted for high impact. Crooklyn could pair with Ray Bradbury’s Dandelion Wine, or “Savage” Steve Holland’s One Crazy Summer. The sensations are universal, the experiences simultaneously warm and foreign. Kids grow up, we understand this. And Crooklyn occupies that familiar narrative space, but it’s elevated through truth and theatricality.

What defines Crooklyn is the style, the attitude, and the authentic sense of place through the Lees’ personal history. It feels confidential. We’re exposed to an exact place at an exact point in time, with something to say about memory’s convoluted ways. Troy’s interludes are shared through Spike’s exacting aesthetic: omnipresent music, camera tricks, unpredictable editing, and other signature creative choices. The screenplay, meanwhile, crams in as much as it can: grocery store trips, make-out sessions, wall-to-wall AM radio hits. The storytelling evokes interlaced streams of consciousness. It’s impossible to find a scene where music isn’t blasting over the dialogue, and it’s an amazing quality, turning the soundtrack into the glue that binds moments to memories. (In a 2017 talk with A.O. Scott, Lee bragged that the film required two soundtracks, because he and Joie wanted as much music as possible. The sounds range from “Pusherman” to “Soul Makossa,” with a world of Motown for good measure.) Artistically, Crooklyn feels akin to a robust Archibald Motley painting for the NYC disco era. Hues and sounds become richer, more stereophonic and Crayola, the further in time you get from an event.

The beauty lies in the details. It’s not Brooklyn 1973, it’s “Crooklyn,” Fort Green, and the $40,000 brownstone his parents could afford. It’s not just about stereotypical neighbor types, but the cultural characters that define and fascinate the Carmichael children. There’s the religious organ-playing neighbor with the Coke-bottle glasses and surface-level racism. Isaiah Washington, as the Vietnam veteran living with the Carmichaels, teaches them about the pitfalls of not only service, but of intolerance, and the stress both place on a man. And in a particularly surreal sequence, Troy visits family in the South, seeing grass and trees and other suburban amenities for the first time. Spike lenses the entire trip in tightened anamorphic framing, adding a sense of discomfort and strangeness that matches Troy’s own.

Spike populates the film with unique characters, and the talent to back them up. Harris burns down the house as Troy. There’s this precocious type that may seem familiar in youth films. Kids with lines that are too good, they’re often adored and listened to by adults. It’s irksome. Not Troy, she’s often on her own, figuring things out for her damn self, and Zelda Harris did wonders. Channeling the sole daughter Troy, she’s beyond admirable in her total impatience for bullshit from her brothers.

Alfre Woodard and Delroy Lindo are equally natural as parents Carolyn and Woody, exuding all the anxiety and frustration of having to oversee a family with so many kids (and neighbors, and a dog, and bills and dreams and other requisite family concerns). Woodard’s affection is offset by her temper, and it’s a balancing act that comes beautifully into light as the film progresses. And Lindo, channeling Lee’s father Bill (himself a jazz musician), has meaningful angst behind his notes.

These are dignified people living in trying times, and their home is portrayed in a dizzying array of haranguing and happenings. But for instance, take an early scene where Carolyn wakes the kids so they can clean the house. The Stevie Wonder music is loud, the kids are deeply upset, and the camera work is as sloppy as one might be at 4:30 in the morning. Lee is capturing a feeling: bewilderment.

Crooklyn sees Spike and Joie remembering the summer the Knicks won the NBA Championship. It’s the summer Troy finally stood up to the glue-sniffing neighborhood creep Snuffie (Spike, in a small part), and she remembers it with Shaft-like heroism. And it’s the tragic summer where Troy potentially recalls so many of these things in such fine detail because it’s easier than remembering a death in the family.

The street-chalk credits. The use of the Staples Singers’ “Respect Yourself” to mirror Troy’s pride. The little brother refusing to eat his damn peas, and Daddy’s love of sugar in the lemonade. What a privilege, a gift, that the Lee family was willing and able to share their own youth in this way.

And yet, all of this serves Crooklyn’s complicated notions of the past, where we cling to the details in order to distract from the hard truth. Lee captures a sense of place like no other filmmaker, and Crooklyn’s key attribute is the level of detail. Their memories linger in ours. There are few nostalgia films quite as vibrantly divine as this one.