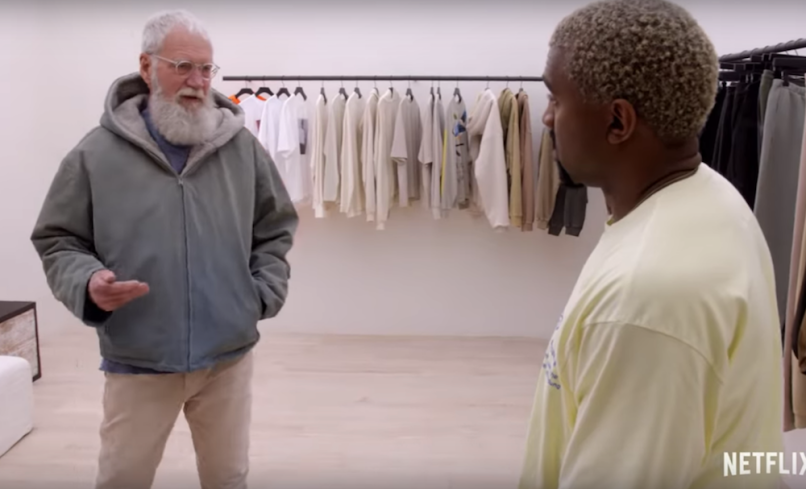 Set to premiere May 31st, the second season of My Next Guest Needs No Introduction will include in-depth interviews with Kanye West, Ellen DeGeneres, and Tiffany Haddish. Also expected to appear are Melinda Gates and Formula One winner Lewis Hamilton.

(Read: Letterman Reveals Different Side of Himself in My Next Guest Needs No Introduction)

The newly revealed season two shows Dave trying on clothes from Kanye’s Yeezy collection (Letterman can totally pull it off with that beard), as well as discussing Kanye’s battle with mental illness. “When you’re bipolar, you have a potential to ramp up and it could take you to a point where you start acting erratic — as TMZ would put it,” Kanye explains to Letterman in the show’s new trailer. Letterman previously attended one of Kanye’s “Sunday Service” music events.

The 60-minute program will also feature DeGeneres talking about her early dating life and Haddish questioning Letterman about his untamed facial hair.

Check out the season two trailer below.