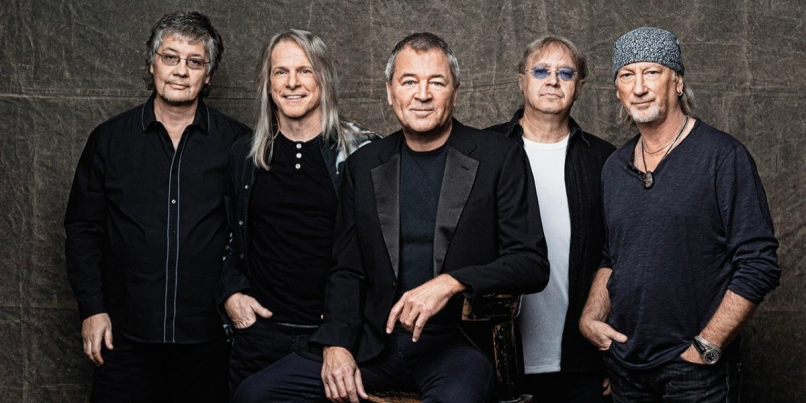 Dipak Rao, a former accountant for Deep Purple, has been sentenced to six years and four months in prison for stealing £2.2 million (roughly $2.9 million in US dollars) from the band, reports the news site SurreyLive.

Rao was sued by the surviving members of the legendary rock band (Ian Gillan, Roger Glover, and Ian Paice) and the estates of Jon Lord and their former manager Tony Edwards in early 2017. Edwards’ children had apparently become suspicious of wrongdoing when they inherited some of the band’s business following their father’s death in 2010. They took over management of the companies in 2014, the same year Rao’s theft was officially uncovered and he resigned. Both companies were liquidated earlier this year.

In a statement read to the court by Abigail Flanagan, Edwards’ daughter, said, “The stress that we have been under during this time is immeasurable. He has devastated the legacy that my father spent his life building. This devastation was brought about by a man that we had known for years and trusted.”

The ruling comes two years after an investigation was undertaken by the Insolvency Service, a government agency that serves as part of the Department of Business, Energy and Industrial Strategy. The inquiry found that, from 2008 to 2014, Rao, the former director of HEC Enterprises Ltd. and Deep Purple Overseas, two entities that handled all the money the band received for royalties, had been transferring the money to his own bank accounts. He covered his tracks by hiding the transactions from financial reports and restricting access to the band’s bank accounts. The money was apparently used to fund various investments that all turned out to be scams.

Rao’s lawyers countered that he took the money in a “moment of madness” and that he kept taking more money to try and recoup his losses. “His conduct is most accurately and fairly seen as the conduct of a foolish man who got out of his depth,” said defense counsel Rhys Meggy.

Rao will serve at least half his prison sentence and has been disqualified from being the director of any business until 2028.