Devin Townsend on Nickelback’s Chad Kroeger: “He is almost more like a scientist than he is a rock musician”

"He is a functioning genius, in my estimation" 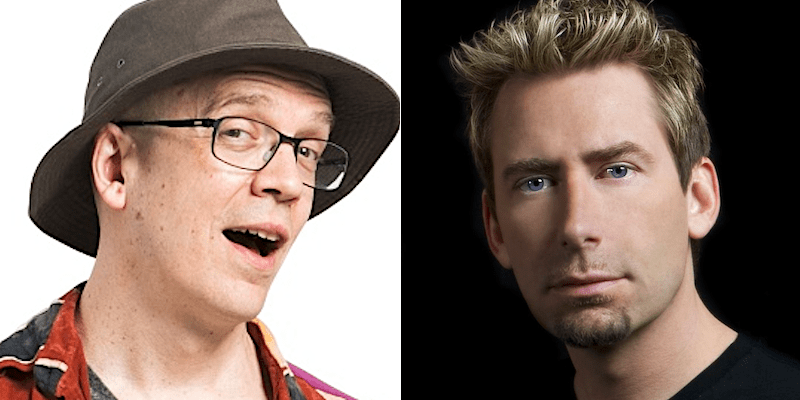 An unlikely friendship has been formed by two Canadian musicians — one the multiplatinum mainstream rocker Chad Kroeger of Nickelback, and the other the unconventional metal artist Devin Townsend.

Townsend recently spoke with Heavy Consequence about his latest album, the stylistically all-encompassing Empath, and also discussed his friendship with Kroeger, and the effect it’s had on his own music.

“We met by chance, and ended up forming a friendly acquaintance,” Townsend tells us. “One thing that I would say about Chad that I think will eventually be known about him, is that he is a functioning genius, in my estimation. I think that people don’t realize how clever that guy is. And his success in a lot of ways, I believe — although what he’s writing is coming from a place of what he wants to write — I think is his ability to analyze the public and musical structures, and the ways that people react emotionally on a commercial level is such that he is almost more like a scientist than he is a rock musician.”

He continues, “And I’m fascinated by people who are clever, and specifically, when the cleverness of them is something that I can make mental notes, and refer back to my own work with. It was a godsend for me be fortunate to interact with him for a few days, because just by watching him function and by being able to ask somebody with that sort of pedigree questions that had been plaguing me about my own career, it allowed me to make decisions on Empath that I don’t know if I would have made had I not made his acquaintance.”

Not only did Kroeger contribute his advice to Townsend during the making of Empath, the Nickelback frontman also contributed vocals to the track “Hear Me”, singing the harmony in the chorus (listen below).

For much more on the Empath album, read our full interview with Devin Townsend here, and catch him on his North American tour with Avatar kicking off later this month.