Elton John says he’s “ashamed” of Brexit: “I am a European. I am not a stupid, colonial, imperialist, English idiot” 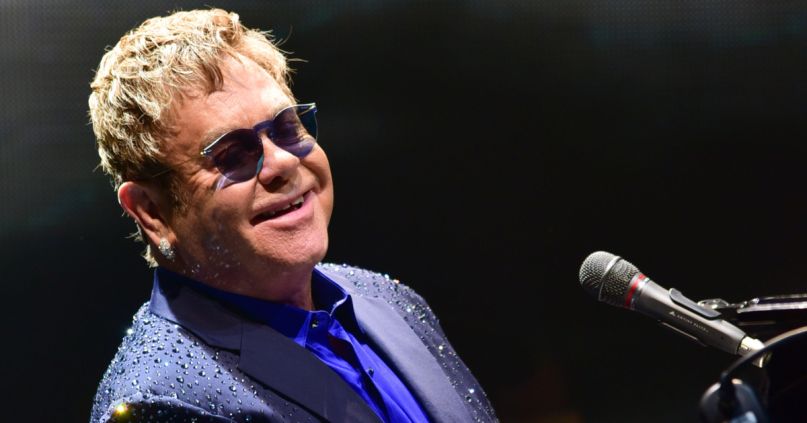 Last Friday, British prime minister Theresa May announced that she would be stepping down on June 7th, drawing an end to her divisive three-year premiership. With the Conservative Party leader abruptly departing and her replacement undecided, the UK’s controversial Brexit bid to leave the European Union has returned to the forefront of international politics. Now, Elton John has spoken out against the ongoing political upheaval his home country has faced.

During a show Verona, Italy, the English singer-songwriter slammed the country’s poorly executed Brexit negotiations, saying, “I’m ashamed of my country for what it has done. It’s torn people apart.” He also noted, “I’m sick to death of politicians, especially British politicians. I am sick to death of Brexit. I am a European. I am not a stupid, colonial, imperialist, English idiot.” However, he ended with a conciliatory tone, adding, “I want more love in the world. I want us to talk to each other and to come together.”

Such political commentary is on-brand with the iconic rocker, who has previously addressed his distaste for Brexit. In the past, John called the post-Brexit UK “horrible.” He’s also stated that he feels people who voted for the measure were deceived and “were promised something that was completely ridiculous and wasn’t economically viable.”

In other news, Elton John is currently on his final world tour, the ongoing “Farewell Yellow Brick Road” tour. He also will be the subject of the forthcoming biopic Rocketman and plans to release his first and only official autobiography in October.