Epicenter Festival has been a disaster of severe weather, traffic nightmares, and canceled sets

With attendees trapped in poorly designed parking lots, performances from Tool and Judas Priest were canceled 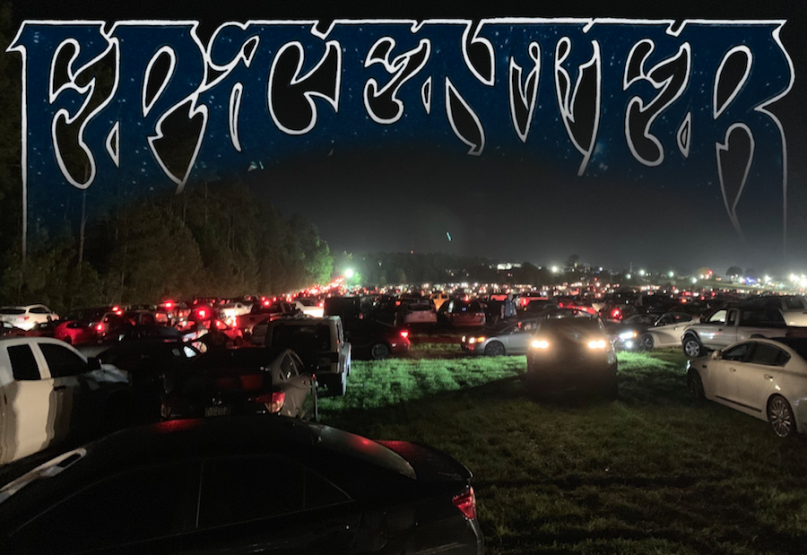 Epicenter Festival was meant to be a replacement for Carolina Rebellion in Rockingham, North Carolina. However, as the event unfolded this weekend, it turned into more of a headache for fans.

The problems began before the music even did. According to Raleigh NBC affiliate WRAL, attendees found themselves trapped in hours of grueling traffic just trying to enter the festival site. Ticket holder Kelly Tesh told the news channel she arrived within three miles of the festival around 5:00 p.m. on Friday via US Highway 1. After moving just one and a half miles in four hours, she and her companions decided to abandon their tickets and head home.

It wasn’t any better for those who stuck it out and made it into the fest, either. There were numerous reports of parking lot mayhem while trying to exit the grounds after Friday’s show. An apparent lack of lighting, parking attendants, or security left cars trapped in chaos, some claiming they were stuck in park for over four hours. There’s even video of drunken attendees stepping up to direct traffic.

Some got so frustrated with the wait that they actually cut a hole through the fencing around the parking lot, allowing cars to filter out through the gap.

.@EpicenterFest has some serious logistical issues to address with many people moving less than a single car length in 5 hours. 🚗🚙🚙🚗🚙🚗🚙🚗🚙🚗🚗🚙🚙🚗🚙🚗🚙🚗🚙🚙 pic.twitter.com/6IjUyb0z7A

Epicenter posted on social media that they were adding more entrance lanes and directing exiting traffic towards one gate in order to alleviate the issues, but for some it was too little too late. The poor logistical design led to many ticket holders giving up on returning on Saturday — and they were the lucky ones. Severe weather moved in and forced a site evacuation ahead of the evening’s performances. Those who were camping were told to seek shelter in their vehicles, while those who were trying to exit were once again stuck in mayhem.

The weather led to the cancelation of highly anticipated sets from Tool, Judas Priest, The Cult, and others. There was also major damage to the festival grounds, stages, and infrastructure, leading the opening of Sunday’s gates to be delayed some four hours. The forecast had long predicted inclement conditions for the festival days, but it seemed from the response and last-minute evacuation that organizers were perhaps not as prepared as fans would have liked.

Adding insult to injury, many fans apparently were able to purchase last minute day passes for just $1. This understandably infuriated attendees who had dropped triple digits on weekend passes months earlier. As if it weren’t bad enough they had to miss the return of Tool.

Despite the issues, Epicenter has continued on Sunday. The weekend will end — hopefully on a high note — with performances from Foo Fighters, bring me the Horizon, and… 311.

More from @EpicenterFest — As you can see pieces of the LED video wall flying away during continued storms in Rockingham.

The festival is cancelled for today, and doubtful for tomorrow as storms stay in the forecast. | 📹: @CrystalMethod pic.twitter.com/eMdzfQXpZ5

When a drunk festival attendee is having to direct traffic. It's a sign things aren't going to plan. 🚘👉🤷‍♂️🚙 | 📹: Diego Hargrove pic.twitter.com/sBnh2cZht7

Due to severe weather approaching the festival, we must evacuate the venue to keep everyone safe. Please follow Instructions of staff + local law enforcement to exit the venue and return to your vehicles in a safe, calm, and orderly fashion. pic.twitter.com/0JDkv48TQZ

We understand your frustrations and we hear you. Please be patient as we work with Richmond County officials to try to reopen the venue as soon as it’s safe. Continue to follow the instructions of law enforcement and event staff. Thank you for your patience and cooperation pic.twitter.com/iljGwEaLVU

For the safety of fans, artists, and staff, the county of Richmond has
determined that Epicenter will not resume tonight.

Severe weather is continuing and we need to repair damage to the site. (1/2) pic.twitter.com/dGkJgBGviS