An excellent performance clashes against the film's clumsy handling of Bundy 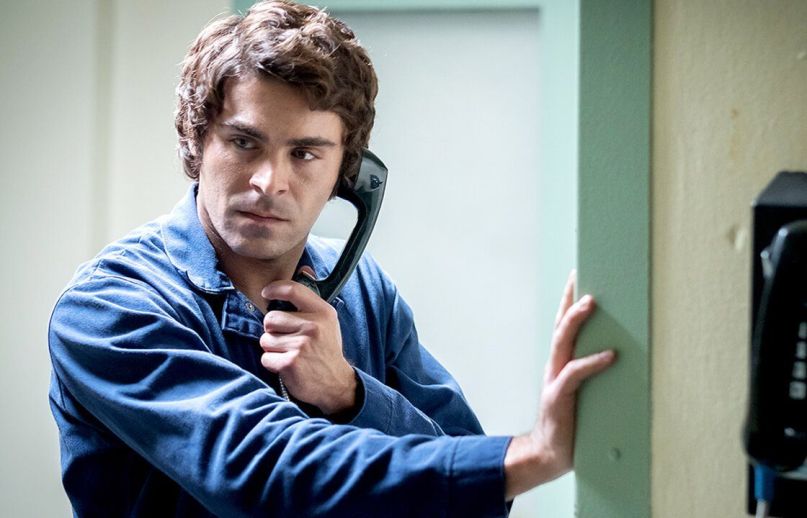 The Pitch: Between 1974 and 1978 (and possibly earlier), infamous serial killer Ted Bundy (Zac Efron) went on a spree of rapes and murders of college-age women, confessing to at least thirty homicides in seven different states. Before he was a convicted serial killer, however, Bundy was (by all accounts) a charming, rakishly handsome law student with an almost hypnotic effect on the women around him. This particularly applied to long-time girlfriend Elizabeth Kloepfer (Lily Collins), who maintained his innocence for years even through mountains of evidence and numerous dramatic escapes. But as her suspicions grew larger, and Bundy took command of his own trial (the first nationally filmed and publicized trial of its kind), the man’s seductively appealing exploits became a case study in America’s love affair with sadistic violence.

My Favorite Murder: Director Joe Berlinger has seemingly had a long fascination with the minds of serial killers, of looking at their gruesome acts and lives through their own perspective. Just a few months ago, Netflix released his docuseries Conversations With a Killer: The Ted Bundy Tapes, which sourced more than 100 hours of interviews to get into Bundy’s head; here, he revisits Bundy in a narrative docudrama format that places the killer front and center within his own story. For much of Extremely Wicked‘s runtime, it’s hard to shake the impression that Berlinger is telling the story exactly how Bundy would like it told; the film flirts intriguingly (and perhaps dangerously) with the idea that Bundy could well be innocent. Of course, he’s not, and the final minutes bear out the inevitable conclusion — but for a while there, someone who somehow doesn’t know the story might see the first two acts as the underdog story Bundy (and Berlinger) so desperately wanted to tell.

Much of this stems from the film’s adoption of Liz’s perspective early on, given that the film is adapted from her titular memoir; like her, the audience is invited to see the ways in which Bundy pulled the wool over the eyes of the unsuspecting people in his life, especially those he romanced. Flashbacks to the night they met, and subsequent Super 8 footage of them raising Liz’s child together, betray none of the evil Bundy was so good at hiding. When Liz’s friend Joanna (Angela Sarafyan) asks her why she stands by him, Liz can only answer, “When I feel his love, I feel on top of the world.”

Eventually, Liz’s influence on the film fades, along with her ties to Bundy; much of the last hour sees her staring at the trials on the TV and leaning on support from workmate and paramour Jerry (Haley Joel Osment), a disappointing approach to her role in her own story. Collins at least imbues Liz with an admirable blend of empathy and frustration, a woman torn by her anger at Bundy’s misdeeds and the pangs of incredible guilt hanging over her head. But given the film’s deep focus on Bundy, who thrives in the spotlight while she withers away at home, their relationship doesn’t get more than a surface-level treatment.

True American Evil: Of course, the real draw for Extremely Wicked is Efron as Bundy, and the symmetrically-faced heartthrob doesn’t disappoint. It’s a genius bit of casting, honestly; while a far cry from the High School Musical hunk, the real Bundy was a good-looking man with all the calculated charm of a true sociopath, a quality Efron provides in abundance. As Bundy, Efron is always ‘on’ with those around him. He’s continually professing his innocence, appealing to friends and jurors’ empathy, flexing his excessive charisma, and elegantly twisting and maneuvering to endear himself to whomever he’s near — even Judge Edward Cowart (a deliciously droll John Malkovich), who utters the titular description of Bundy’s crimes. There’s a muted, distanced quality to Bundy’s personality, an emptiness behind the eyes that betrays deeper menace. It’s a skill set that comes easily to Efron, modulating his easygoing screen persona into a leading turn that keeps much of the film afloat.

The Age of Aquarius: And yet, Extremely Wicked is let down by a shaky mixture of tones, and a fairly hokey presentation of its time period. Shades of Zodiac abound with the ’70s period clothing and on-the-nose soundtrack (oh, what a lucky man Bundy was, indeed), which doesn’t help the film’s too-frequent fetishization of its hunky protagonist. Sure, when you get Zac Efron to play your lead, you’re moved to find excuses to show off his cartoonishly defined abs. But when it’s in the service of a movie about a reproachable human being who decapitated a dozen women, it reads as more than a little tone-deaf.

Wild moments from Bundy’s real life and trial are played out as close to historical accuracy as possible, from jumping out a second-story window while escaping his first trial to his manipulation of Florida legal code to marrying his Stockholm Syndrome-d girlfriend Carole Ann (Kaya Scodelario) while she sits on the witness stand. As admirable as Berlinger’s dedication to the alacrity of the case may be, these episodes are often inelegantly inserted into the narrative, feeling more like obligatory nods to the filmmaker’s own true crime bonafides than something the story actually requires.

The Verdict: As an actor’s showcase for Efron, proving he can branch out into demanding dramatic roles, Extremely Wicked is a rousing success; his turn as Bundy is outstanding. It’s just a shame that Berlinger seems as charmed by Efron as Bundy’s victims, wives, and female fans all were. Instead of investigating exactly why he was able to carry on as he did for so long, it seems content to claim that Bundy was Just That Cute. Given the extremity of the man’s crimes, Berlinger’s film teeters dangerously close to falling under that same spell.