The fest takes place September 4-7 in Cave In Rock, Illinois 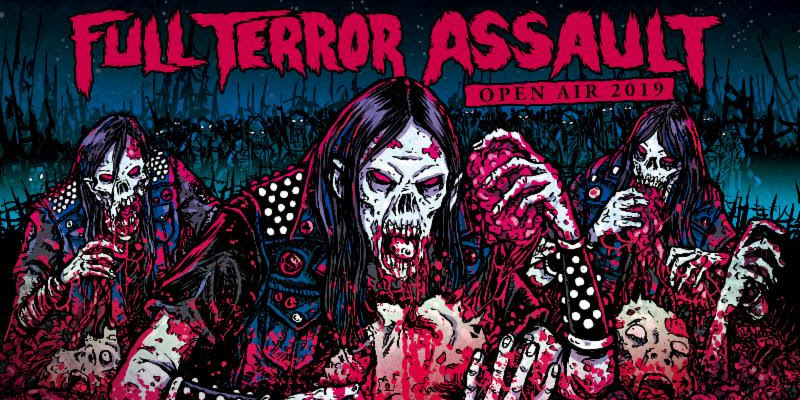 The first two days of the fest will feature pre-parties and various activities such as the “Morbid Metal Market” while the final two days (Sept 6th-7th) will feature sets from the vast lineup of extreme metal bands. The festival promises metal fans a scenic escape within the Shawnee National Forest, with over 100 acres of wooded campground land, scenic lakes, and a beach.

“We’re really excited to finally get back on the road after four years,” said Billy Milano of crossover thrash act M.O.D., who will be playing a set comprised of half M.O.D. (Method of Destruction) and half S.O.D. (Stormtroopers of Death) songs. “Going out and celebrating 30 years of M.O.D. and 30 years of S.O.D. at the Full Terror Assault Open Air Festival is going to be a fitting tribute to my 92-year-old mother who I lost to cancer in September, who always encouraged me and made me fight on. I’m doing Full Terror Assault for the fans and for my mother and father. M.O.D. is going to bring the f*cking pain.”

Two-day GA passes for September 6th and 7th start at $79.99, including free access to camping. Additional pricing for multiple-day GA passes, pre-party passes, VIP passes (including merchandise and backstage access), and any additional accommodations are available via the festival’s website.